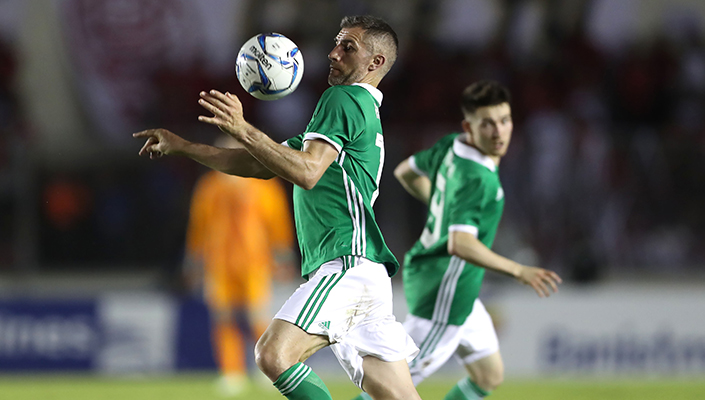 Northern Ireland’s most capped outfield player, Aaron Hughes, has opted to extend his playing career after signing a new one-year deal with Hearts.

The 38-year-old veteran central defender, who won his 112th cap against Costa Rica earlier this month, had been contemplating retirement from the game but has now decided to remain at Tynecastle for another 12 months.

“I needed a little bit of time to figure out if I was able to do another year, mentally and physically,” Hughes told Hearts’ official website.

“I came to the decision that I’d like to stay on and I’m very grateful to the club for giving me the opportunity.

“When I say it was an easy decision, once I’d come to the decision to play, it wasn’t hard to have a chat with the gaffer (Craig Levein) and say I wanted to stay on.

“I’ve enjoyed my 18 months here immensely,” added the former Newcastle United and Fulham player. “The club has been great with me since I came back from abroad, so there was no hard decision to carry on after I knew that I could do.”

Magherafelt-born Hughes, who played in three of Northern Ireland’s four games in Euro 2016, initially joined Hearts back in January 2017 after a year with Indian Super League side Kerala Blasters.