From growing up in Antrim to facing the European Champions 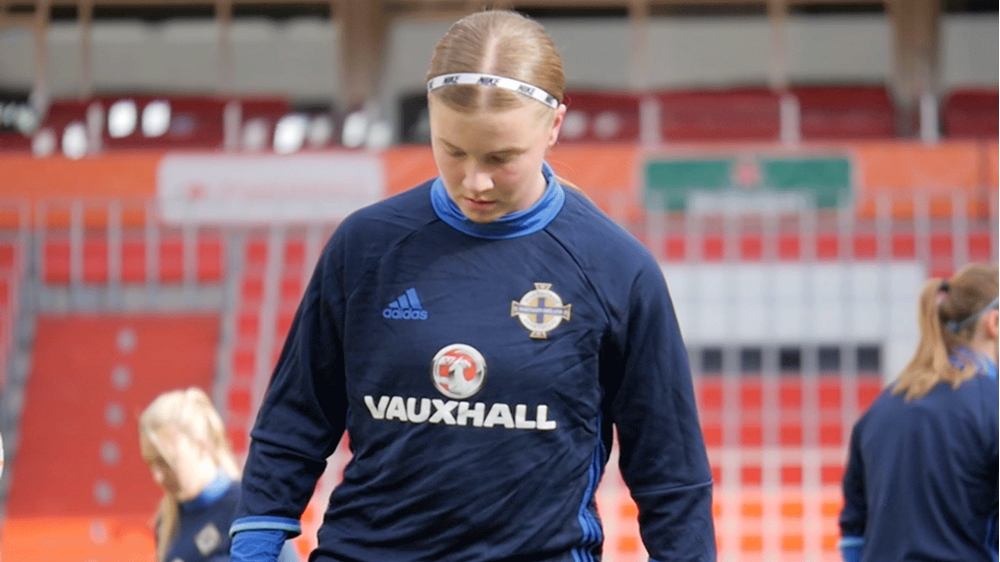 Northern Ireland Senior Women striker Emily Wilson has done a lot in her football career but has only just sat her GCSE's.

16 year old Wilson, who plays for Crusaders Strikers, recently had to miss a World Cup qualifier due to having exams on the same day but has continued playing through her revision to continue working hard to reach her dream of one day making the move across the water.

The Parkhall Integrated College student already has a Northern Ireland hat trick to her name, has played two years up to compete in the UEFA Women's Under 19 championships and made her senior debut earlier this year.

To hear Emily's inspiring story, watch the video above.