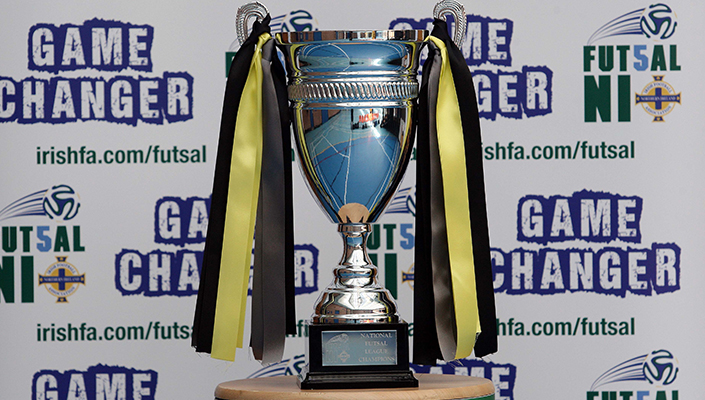 The Irish FA Foundation is inviting clubs to register to take part in the Northern Ireland Futsal League for the 2018/19 season which will run from September to May with the prize for the winners being a place in the UEFA Futsal Champions League.

Belfast United Futsal Club have won the National title in the past two seasons. One of their key players, Ciaran Donaghy, is encouraging others to get involved in the new season.

“It’s been great to see the development of Futsal here over the last couple of years and I would hope this would continue next season with more teams entering the League.

"From a personal perspective Futsal has provided me with the opportunity to represent Northern Ireland at International level and having retained our League title, myself and the rest of the Belfast United players are really looking forward to participating in the upcoming UEFA Futsal Champions League.”

Ciaran added, “So as well as the pure enjoyment of playing the game there are other exciting opportunities available.  I would definitely encourage other sides to get involved, whether it be setting up their own Futsal Clubs as we did or getting their local Football teams to establish a Futsal section.”

Matches will be played mostly on Sunday’s at venues across the country.  The competition will cater for male players aged 16 and above.  The league programme will provide regular domestic participation for current Futsal clubs but is also open to those wishing to experience the great game of Futsal for the first time.

Registration for clubs and players will open on Friday 8th June and close on Friday 3rd August 2018.  For more information please contact maura.denny@irishfa.com.

To register go to https://www.irishfa.com/foundation/youth-and-grassroots-football/futsal/domestic-development