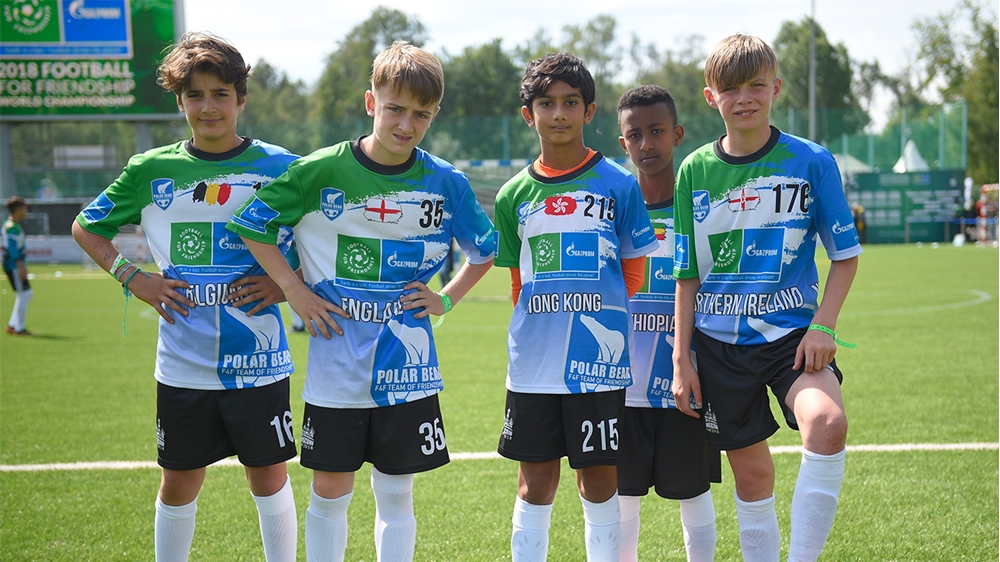 The 12-year-old attacking midfielder scored five goals in three games for his team in the group stages of the Football For Friendship (F4F) World Championship in Moscow.

Zach’s trip to Russia and participation in the tournament was organised through the F4F international children’s social programme run by Gazprom, a partner of FIFA and the 2018 World Cup.

The Integrated College Dungannon pupil’s side registered a win and two draws in the group games, however it was not enough to see them progress to the last eight of the competition.

All teams featured a mix of players from around the world - 211 countries were represented in the games - and Zach’s team-mates were from Switzerland, Hong Kong, England, Ethiopia and Belgium. Called Polar Bear, they were coached by a young Panamanian.

In game one in Group A the young Bears came up against eventual group winners Hippopotamus.

The Hippos started brightly and capitalised on some sloppy defending to take a two-goal lead.

However, with Zach leading the charge, Polar Bear sparked into life after the break. Zach scored with a rasping drive to make it 2-1 and then provided an assist for the equaliser. It ended 2-2.

In the second game, against Giant Panda, the Bears were again quickly punished for poor defensive play. They were 3-1 down at one stage before Zach produced another cracking effort from distance and then slotted in the equaliser. And he missed a glorious chance towards the end of the game which would have given his side victory. Instead it finished 3-3.

Their final Group A game was a bit of a stroll, with Zach notching another double in a comfortable 3-0 win against African Elephant.

That was not enough to see them through to the last eight though. The Hippos won their two other games to top the group on seven points.

The overall winners of the tournament were Chimpanzee, made up of players from Dominican Republic, St Kitts and Nevis, Malawi, Colombia, Benin and Congo DR. The final was played in front of 3000 people at the Sapsan Arena.

See video above for Zach’s thoughts on the F4F tournament. He is being interviewed by Rex Henderson, who won an Irish FA competition for young football writers which enabled him to cover the tournament and other F4F events in Moscow this week.