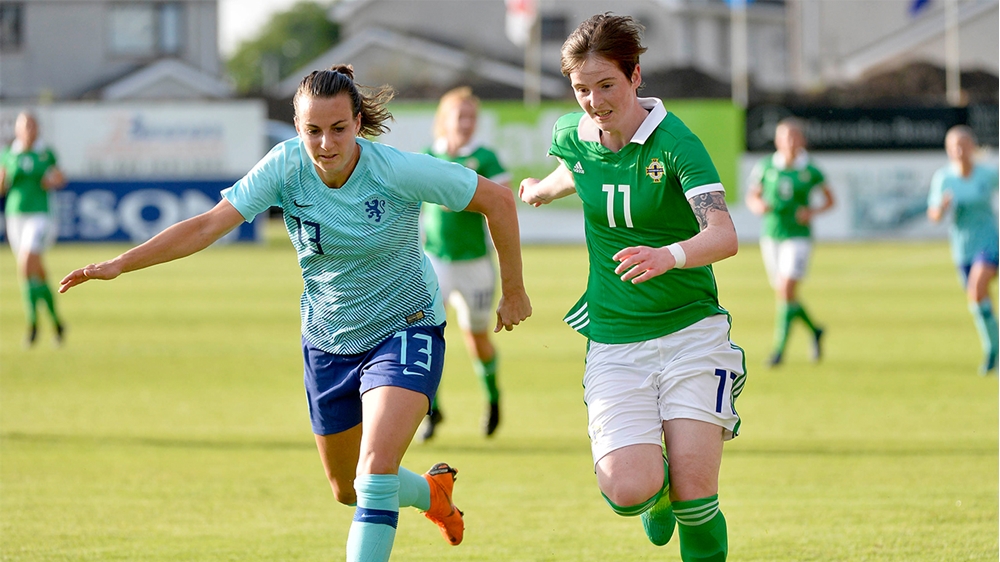 European champions Netherlands Women eased past a gritty Northern Ireland side in a World Cup qualifier in Portadown this evening.

The girls in green battled bravely until the hour mark when the Dutch picked up the pace and turned on the power at Shamrock Park.

It took Sarina Wiegman’s side around half an hour to find any real rhythm as Northern Ireland battled to keep them at bay from the off in theFIFA Women’s World Cup France 2019 Qualifying Group 3 match.

There was torrential rain, and thunder and lightning, prior to the start but all was pretty calm by kick-off as the 954 spectators settled into their seats.

In the 13th minute Kirsty McGuinness forced a corner and there were claims for a handball when Julie Nelson fired Dutch keeper Sari van Veenendaal’s punched clearance towards goal but Swedish ref Tess Olofsson waved the protests away.

Alfie Wylie’s side continued to defend well, with Julie Nelson, Laura Rafferty and Billie Simpson standing firm, but the Dutch eventually made the breakthrough in the 36th minute when Beerensteyn spun clear of her markers on the edge of the area and slammed the ball low past Burns into the bottom corner.

Minutes before half-time Jansen was unlucky to see a piledriver go inches over the bar, and just after the break Dominique Janssen steered a free-kick wide.

On 60 minutes the European champions scored their second when van de Sanden broke free down the right and squared for Danielle van de Donk to smash the ball home from close range.

Four minutes later van de Sanden made it 3-0 when she evaded a couple of markers inside the area and smashed the ball into the corner of the net.

Burns then saved well from a Martens shot as the Netherlands turned the screw, and minutes later she smothered a Beerensteyn shot.

The Dutch were awarded a penalty in the 75th minute when Beerensteyn was upended in the area by Rachel Newborough. Spitse, who scored twice when the Netherlands defeated Northern Ireland 7-0 in Eindhoven back in April, stepped up to smash the spot kick past Burns.

As the 90-minute mark approached the visitors grabbed their fifth and final goal of the game when lively midfielder Jackie Groenen fired the ball home from six yards. 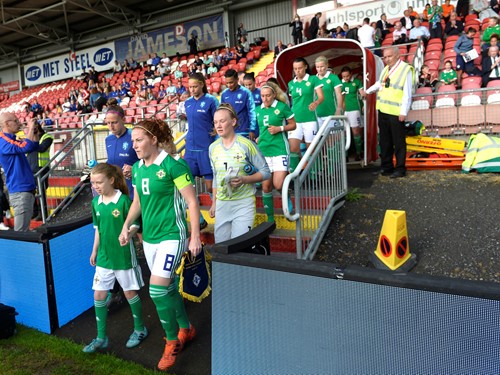 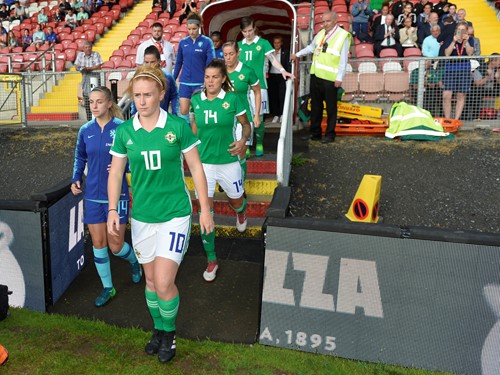 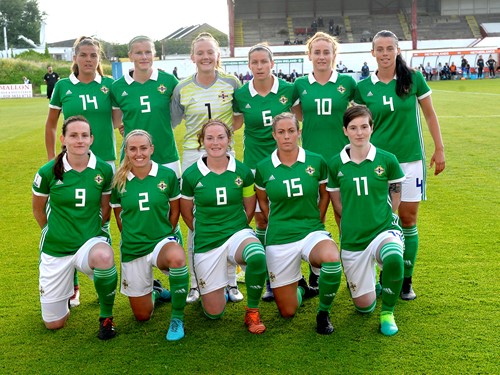 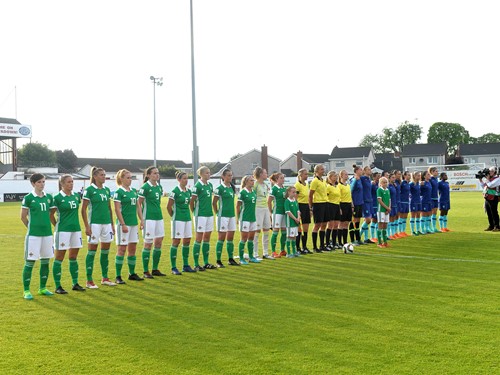 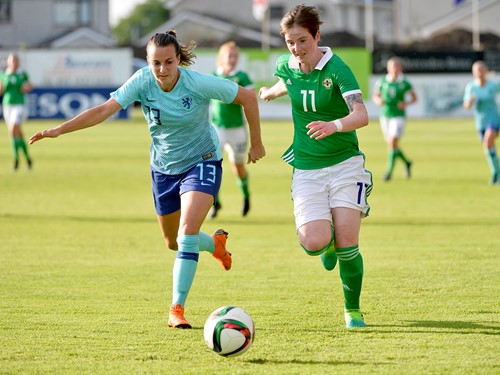 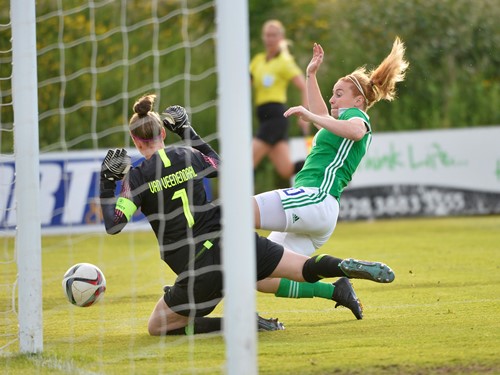 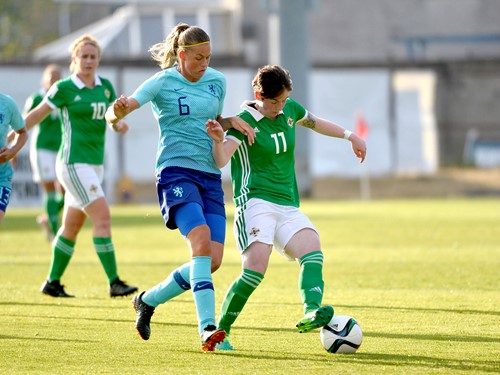 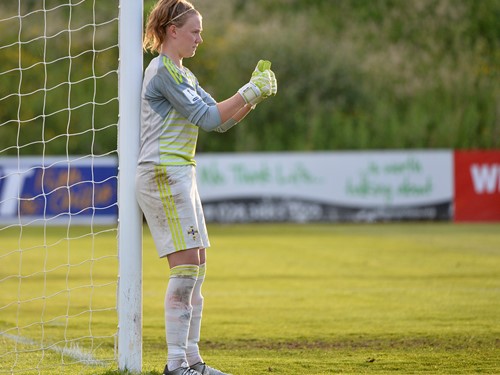