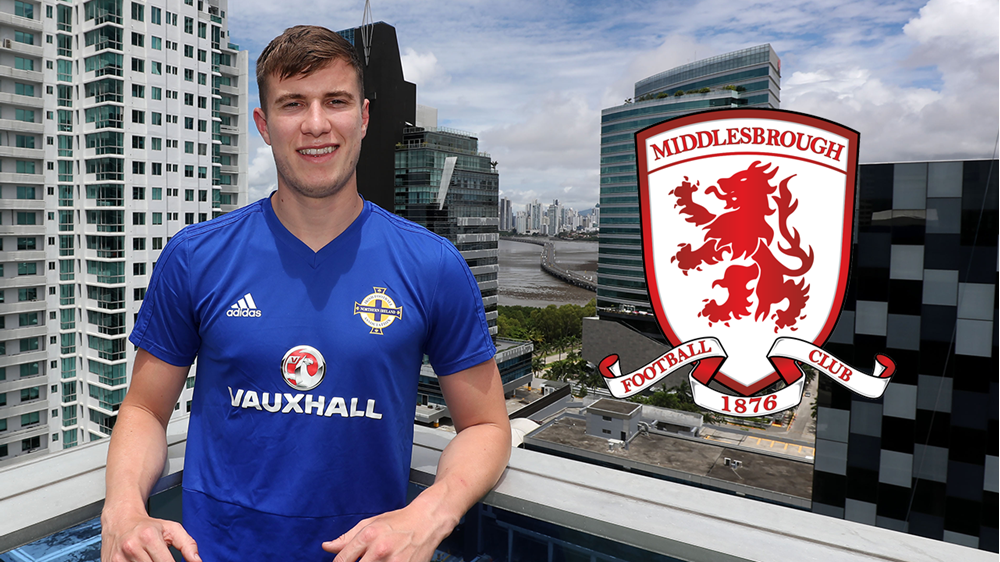 Middlesbrough have secured the signature of Northern Ireland midfielder Paddy McNair from League One side Sunderland on a four-year contract for an undisclosed fee.

After weeks of speculation the 23-year-old finally put pen to paper on the deal despite interest from both Brighton & Hove Albion and Stoke City.

“That’s the thing with transfers, it always takes a couple of weeks and you have to be patient sometimes,” McNair told the official Middlesbrough website.

“I’m absolutely delighted to be here. From the first time I spoke to the manager here and knew that Middlesbrough were interested, I was dying to come.”

The Ballyclare man joined Sunderland from Manchester United for £4.5 million back in August 2016 but his time at the Stadium of Light was blighted by injury.

He made a total of just 28 appearances for the Black Cats, however he finished last season off in fine style, scoring four goals in his last five outings as Sunderland suffered relegation to League One.

“It’s been a hard last 12 months (with Sunderland) but at the same time it was a learning curve, and it will stand me in good stead,” he added.

“There’s no easy game in the Championship and you have to be physically and mentally ready for it.

“Hopefully we can achieve the goal at the end of the season, and that’s to get back to the Premier League.”

Middlesbrough reported back for pre-season training this week and McNair is keen to link up with the rest of the players as soon as possible.

“I’m glad I’ve come here at the start of pre-season and I’m looking forward to getting to know the lads. I can’t wait to get going.”