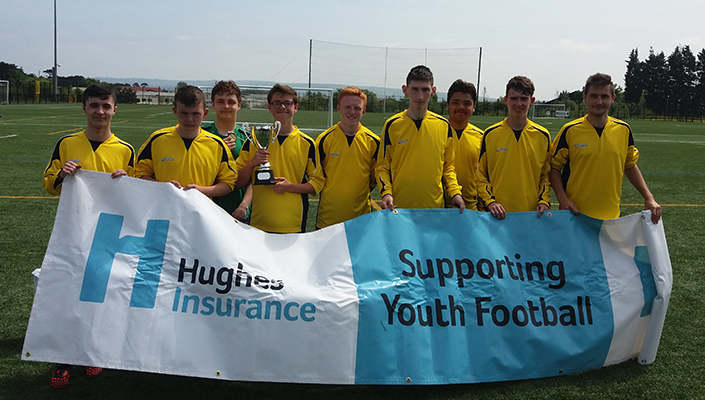 More than 100 children from Special Education Schools across Northern Ireland took part in the group stages but it came down to four teams to contest the semi-finals.

Beechlawn begin their march to the trophy by defeating Park Education and Resource Centre by two goals to nil. St Gerard's had a much tougher encounter, edging past Cedar Lodge of North Belfast on penalties after a 1-1 stalemate.

Cedar Lodge overcame their penalty heartache by claiming third place overall with a one nil win against Park Education and Resource Centre.

The day ended with Beechlawn lifting the trophy thanks to a long range strike from Welsh.

After the event IFA Development Manager for Disability Football Alan Crooks said: ‘It was a great event in great weather. The best two teams made the final and it could have gone either way.

"It took a great strike to separate the sides and it was a goal worthy of winning any game. I would like to thank Hughes Insurance for their support this year in our competitions within Special Education."