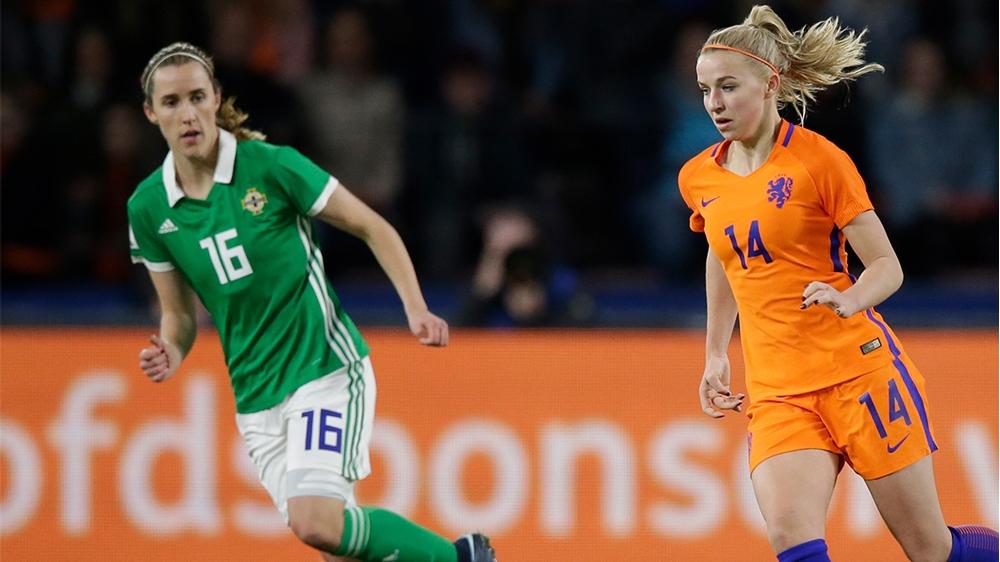 Northern Ireland defender Freya Holdaway has had a quick learning curve in international football and it continues with the match against the Netherlands on Friday.

Holdaway, who plays for Crystal Palace Ladies, is a recent addition to the squad and has already faced Friday's visitors and Norway in her first two World Cup qualifiers.

But she has loved the opportunity of facing the best teams in Europe. She said: "It's good. These are the people you want to be competing with. You work really hard and then to get the call-up is great.

"To get to go out and play against people like that is just phenomenal. As a kid you dream about that stuff and so I'm very happy to get called up at that time."

Those two games ended in defeat but Holdaway is remaining positive ahead of Friday night: "Obviously the last game against Holland was tough.

"We took it on the chin and went out and performed well against Norway. As Alfie (Wylie) says we tweak here and there and we'll be on our way."

The game against the European champions kicks off at 7:30pm and will be played at Shamrock Park in Portadown with free entry.

To hear more watch the video above.