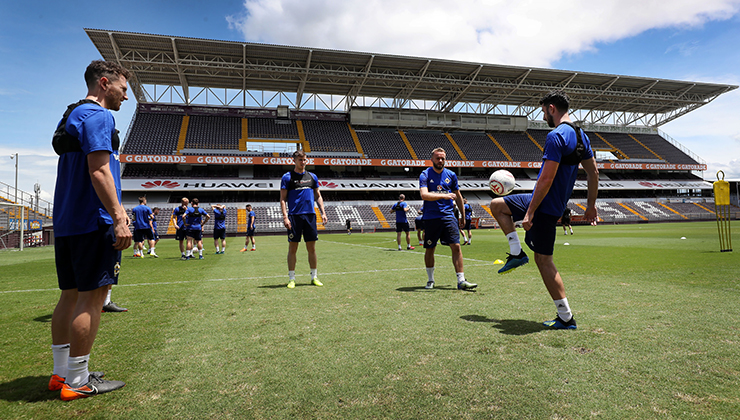 When Northern Ireland play Costa Rica in San José on Sunday (11am local time) it might be a case of ‘what could have been’ as the Central American nation prepare to face Brazil, Switzerland and Serbia at the FIFA World Cup.

The game is an opportunity for Michael O’Neill’s players to pit themselves against a team they could well have been playing at the world’s biggest sporting event in Russia next month.

Instead, it’s the final match on Northern Ireland’s Central America tour, which also saw them play out a 0-0 draw with Panama on Tuesday night.

Costa Rica should prove a more difficult encounter than their neighbours, having secured automatic qualification for the World Cup from the CONCACAF region and reaching the quarter-final stages of the competition in Brazil four years ago.

They are ranked 25th in the world, two places above Northern Ireland, and have a number of players in Europe’s top leagues including Real Madrid goalkeeper Keylor Navas.

That defence has conceded only one goal in the past two games, against Panama (0-0) and South Korea (2-1), and will be hoping for the same on Sunday.

It remains to be seen whether manager O’Neill starts with a similar line-up to that which faced Panama or freshens up the starting 11.

It’s an unusual 11am kick-off, which also means the game will be played under the midday heat with temperatures expected to be in the mid-20s with the possibility of thunderstorms.

A win for Northern Ireland would be the perfect send-off from what has been a successful tour.