Exciting opportunities for kids this summer 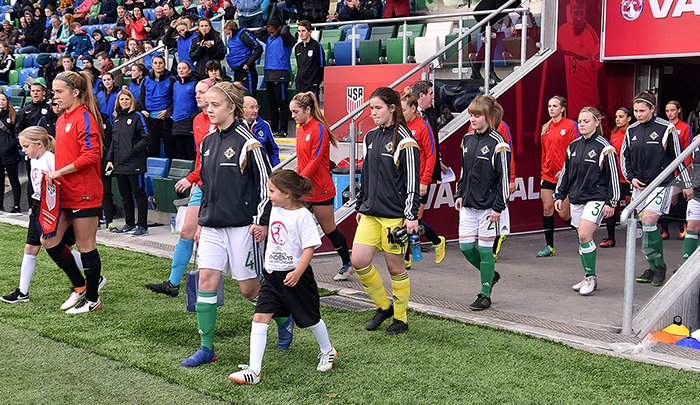 2017 is an exciting year for football in Northern Ireland with the country hosting the finals of the UEFA European Women's Under-19 Championship.

Eight national teams, including Northern Ireland as hosts, will participate in the prestigious 16-day tournament in August at venues across the country.

The Irish Football Association believes that hosting a major youth finals tournament such as the Women's Under-19 Championship will showcase the Best of NI – including our football, our facilities, our culture, our history, our fans, our tradition of hosting major tournaments and our unconditional love of the game.

It is anticipated that there will be a lot of interest in the roles and the Irish FA will endeavour to give as many girls and boys as possible the opportunity to be a part of the tournament.

To express an interest in the above roles, please complete the short questionnaire via the following link - https://goo.gl/forms/w3795oRF5WorVzNl1 by 5pm on Monday 6 March 2017.