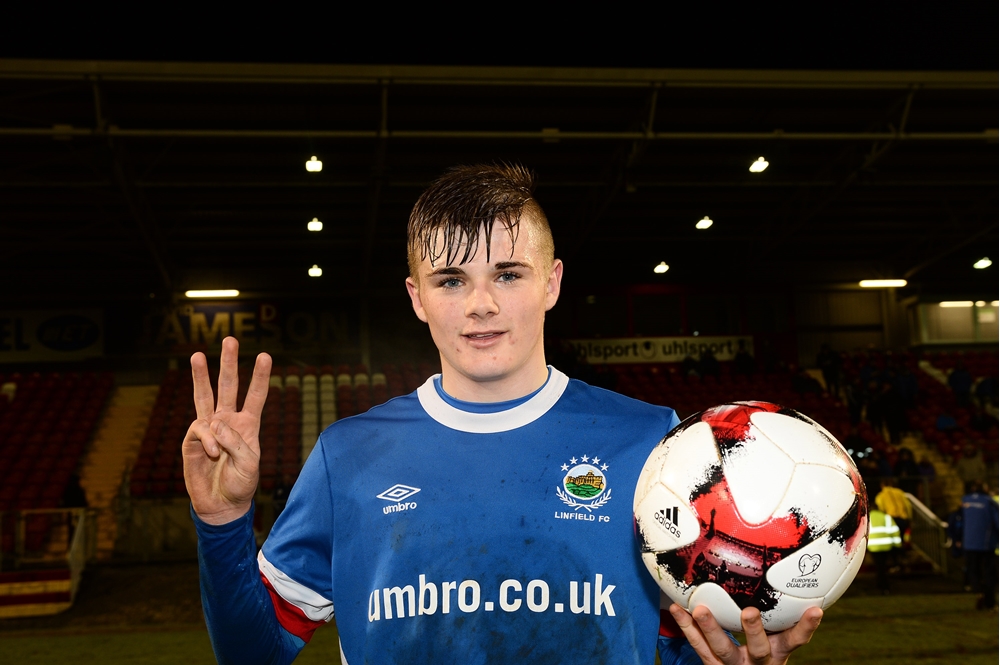 Ryan Strain turned on the style with a three-goal haul in Linfield Rangers' 5-0 defeat of Cookstown Youth in the first Harry Cavan Youth Cup semi-final at Shamrock Park.

The soft pitch in Portadown made things difficult for both sides during the opening exchanges, although a series of half-chances were created at either end.

Strain edged Linfield in front on 16 minutes when he was presented with a close range tap-in.

On the soft surface the players tried hard to create openings and became frustrated when the final touch was letting them down.

Cookstown were forced into a change four minutes after the break when keeper Ben Young had to leave the field with suspected concussion. He was replaced between the sticks by Steven Arrell.

Linfield doubled their advantage just after the hour mark with another Strain finish from close range.

To their credit, Cookstown never gave up but the heavy surface was taking its toll and, as the game progressed, Linfield looked that bit fitter.

Substitute Alex McIlmail nodded home the third goal in the 68th minute at the back post with his first touch.

Eamonn Scannell added a fourth for the Blues with six minutes remaining with a superb long range drive that Arrell could do nothing about.

And, as the clock ticked down, Strain grabbed his third of the evening after one final push from Linfield.

They will find out their opponents in the final tomorrow night when Mountjoy United Youth and Ballinamallard United III lock horns at Stangmore Park in Dungannon (kick-off 7.30pm).