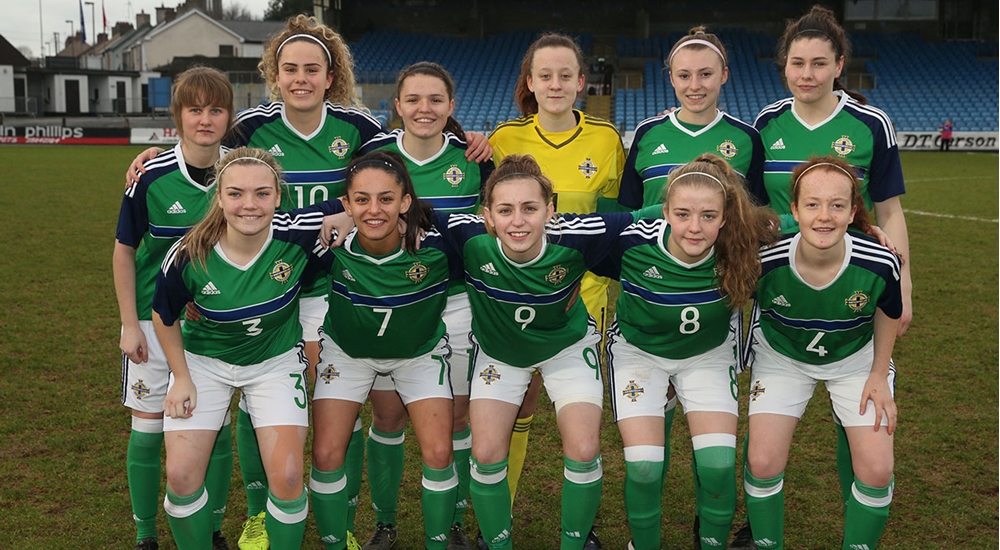 Northern Ireland Women U19s ended their double header against Turkey with a 1-1 draw at Ballymena Showgrounds.

Rebecca Bassett scored her second goal in two games to give Alfie Wylie's side the lead but an equaliser just two minutes later from Ilayda Civelek meant they had to settle for a draw.

Three changes were made to the side that beat Turkey two days previously as Caitlyn Hamilton, Louise McDaniel and Victoria Wharton replaced Yasmin White, Chloe Orr and Megan Reilly.

The hosts began in control with Turkey unable to get out of their half but Wylie's side couldn't make the pressure count in the early stages.

Brenna McPartlan, making her second start for the Under 19s, battled to get on the end of a cross from Courtney Moore but her effort was calmly collected by Turkey goalkeeper Gamze Nur Yaman.

Beth Hopwood was called into action for the first time when facing a 30-yard free-kick from Damla Bozyel but she collected with ease.

Then Northern Ireland had their chance to take the lead on 22 minutes. A cross from Rebecca Bassett hit the hand of the Turkish defender and the referee without hesitation pointed to the spot. After scoring in the first game on Tuesday from the spot, Bassett took the responsibility again. This time, however, her effort went wide of the left hand post.

McDaniel followed up minutes later with a free-kick which went just wide and Bassett soon got back into the action when a cross from McPartlan found the striker in the area. She turned her defender but shot into the arms of Nur Yaman.

The second half began badly for Northern Ireland as McDaniel was forced off with an injury and was replaced by Chloe Orr.

Bassett then made amends for her penalty miss on 66 minutes. The striker timed her run perfectly to get on the end of a through ball and put her shot low into the bottom corner.

But the lead didn't last long. Two minutes later pacey Turkish winger Civelek took aim from the edge of the area and her shot went under Hopwood and into the net to make it 1-1.

Northern Ireland had to play the last quarter of the game with 10 players as Teresa Burns picked up a second yellow card for a hefty challenge. From the resulting free-kick Derya Arhan hit the bar with the follow-up effort going over the bar.

The numbers were evened up just moments later. Bassett ran through on goal and was met by the onrushing Turkey keeper Nur Yaman who saved her effort outside the box, giving the referee no option but to send her off.

Caitlyn Hamilton struck the resulting free-kick well, but her effort was blocked.

The 1-1 draw means it has been an undefeated week for the Women U19s and will be a positive as they continue their preparations for the UEFA Women's Under 19 Championship in August. 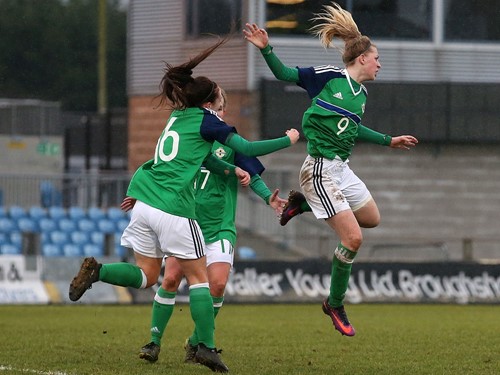 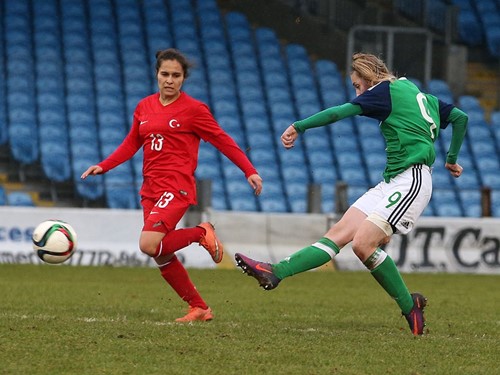 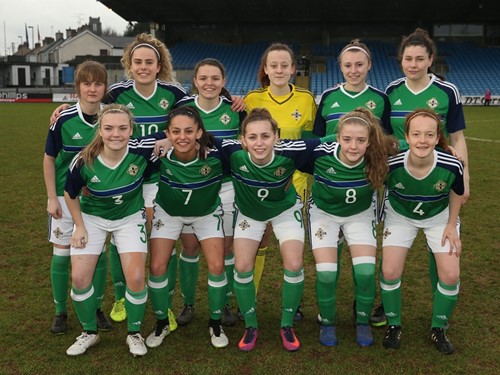 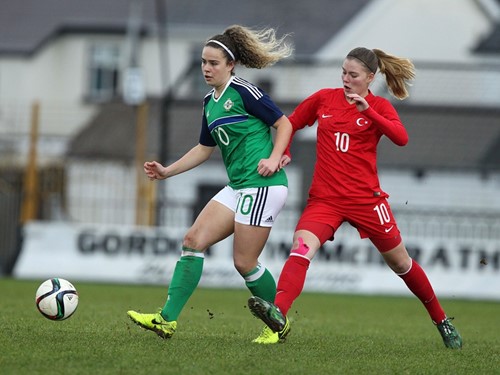 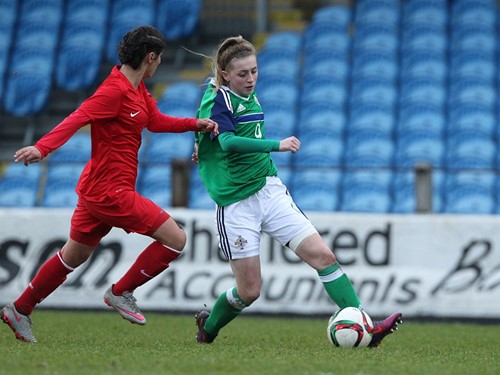 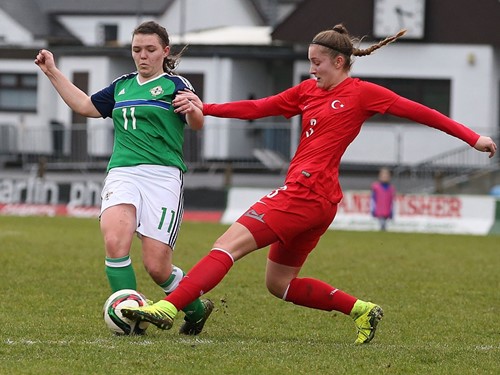 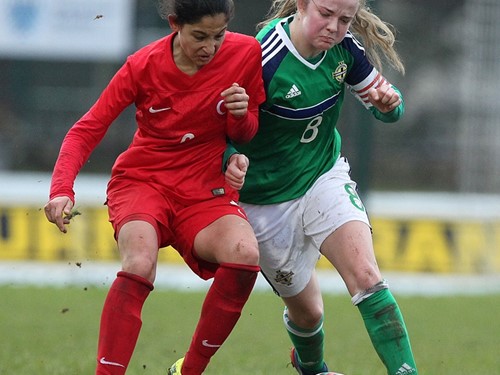