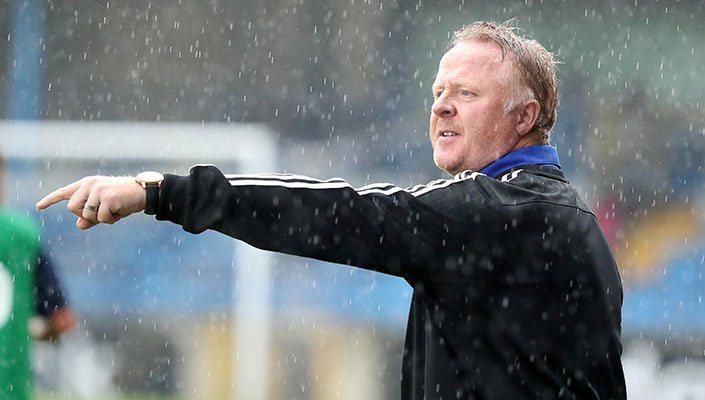 The Northern Ireland Under-18 development team’s game against Denmark which was due to played in Dungannon this afternoon has been switched to Belfast.

The pitch at Stangmore Park is waterlogged so the international friendly will now take place at Solitude, home of Cliftonville FC, this evening instead. Entry to the match is free (7.30 start).

It is the first of two games for the development side against the Danes this week. The second takes place on Thursday (2 March) at Mill Meadow in Castledawson, again with a 7.30pm kick-off.

There have been two withdrawals from the Northern Ireland squad. Both Oliver Webber (Crystal Palace) and Alfie McCalmont (Leeds United) are out due to injury. Goalkeeper Webber has been replaced by Linfield's Scott Pengelly.

He was one of four new faces in the squad. The other three - Daniel Ballard (Arsenal), Cameron Palmer (Rangers) and Kyle McDowell (Portsmouth) - are all still available for selection.

Northern Ireland U17s and U19s boss Stephen Frail has organised the matches to take a look at players who could potentially join the U19 squad over the next 12 months.

The U18 development squad features: