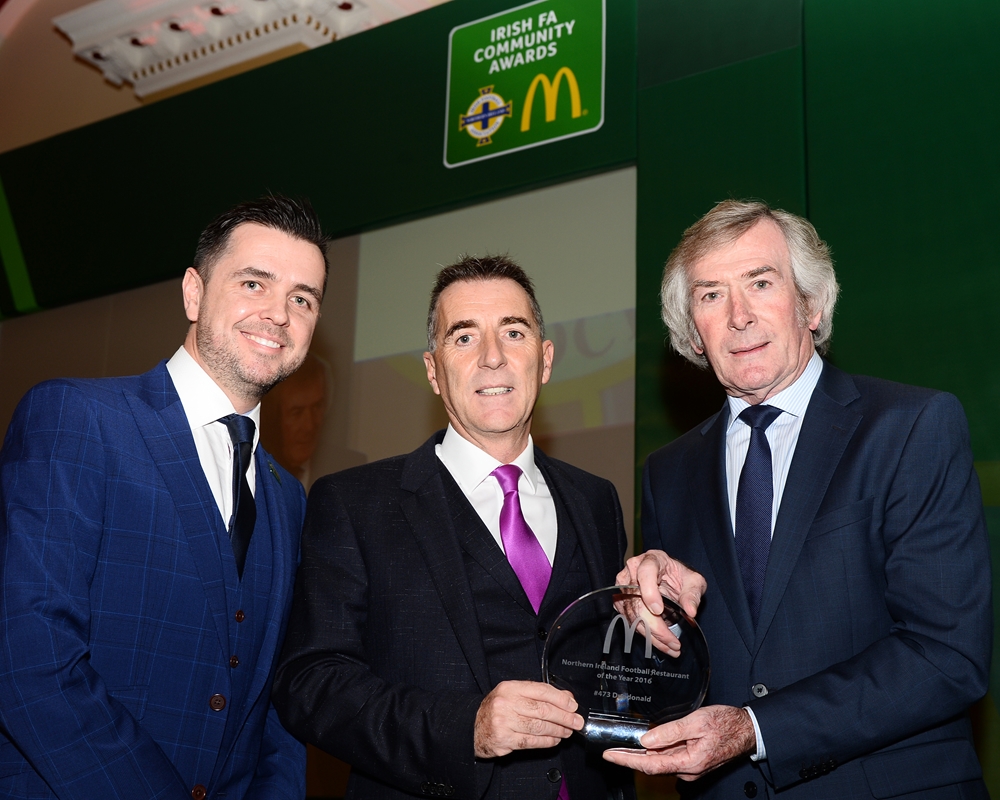 The awards programme is in its seventh year and honours grassroots clubs and the volunteers who give up countless hours to ensure that football takes place every week throughout Northern Ireland.

The awards have six categories, including The Respect Award, Volunteer of the Year, Coach of the Year and The People’s Award, which celebrates an individual’s outstanding contribution to grassroots football.

McDonald’s Head of Northern Ireland Football Pat Jennings said: “The Irish FA and McDonald’s Community Awards are about recognising those who play a vital role in the development of the grassroots game across Northern Ireland.

"These people are out on the pitch, whatever the weather, to ensure that youngsters can get out and train. They provide football to youngsters in a fun and safe environment allowing them to focus on developing their skills and progress as footballers. Without their dedication football in this country wouldn’t be the same.”

Northern Ireland manager Michael O'Neill also supports the awards. He said: “2017 is a huge opportunity for football in Northern Ireland to build on our qualification and participation in the 2016 European Championships.

"It is great that the hard work and dedication of so many grassroots football volunteers is being recognised and we should continue to support those who dedicate their time to grassroots football – from helping to develop young talent to ensuring safety and best practice in clubs.

To vote for a football club or volunteer go to http://www.irishfa.com/communityawards