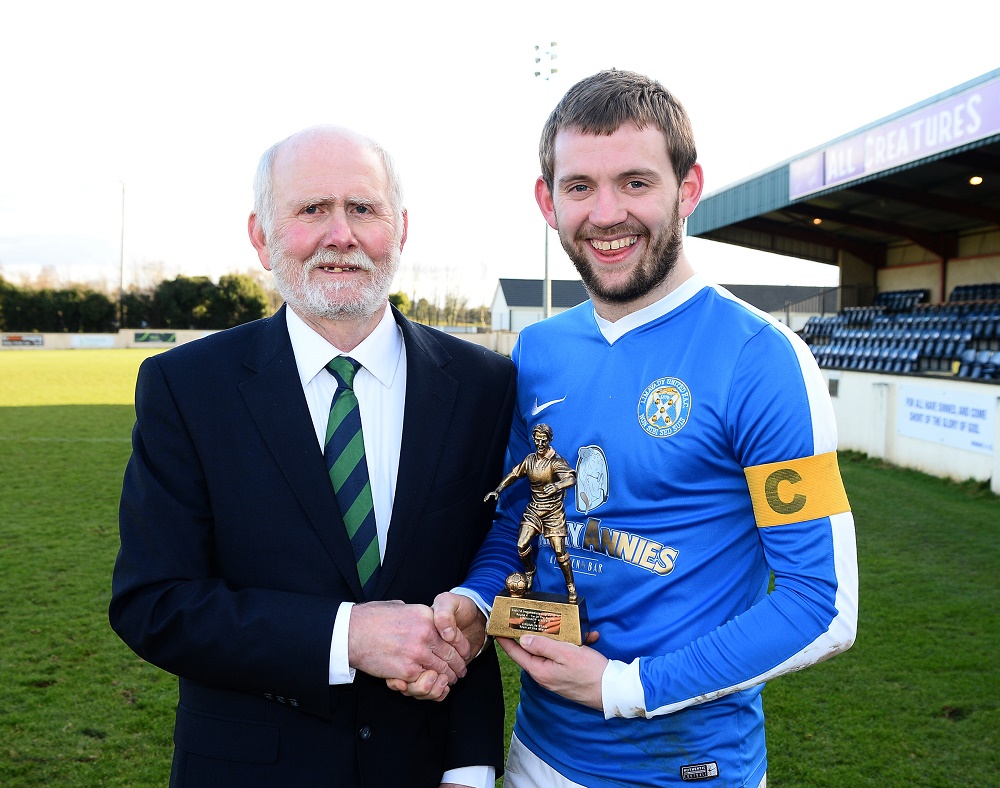 Supersub Jordan Thompson struck with two late goals to book Limavady United a place in the last eight of the IFA Intermediate Cup with victory over Crumlin Star at the Showgrounds.

The visitors opened the scoring after six minutes when Darren Murray directed a downward header beyond United keeper Paul Wells.

Star were reduced to 10 men around 15 minutes later and within four minutes Joe McCready levelled for the Roesiders after facing down keeper Ciaran McNeill one-on-one before calmly sidefooting the ball home.

But back came Crumlin to regain the advantage before the half-hour mark when a daisycutter from Kevin McLaughlin from just outside the area took a deflection to wrongfoot Wells.

Limavady might have levelled on the hour but Colin Murray's powerful header went just wide of the post, but they did equalise four minutes later through leading scorer Robbie Hume's close range finish.

Player-manager Paul Owens then almost fired the Premier Intermediate League side in front only for his fierce shot to shave the top of the crossbar.

However, it fell to Limavady substitute Thompson to secure their place in the last eight with two late goals to break the resolve of the determined visitors.

On 86 minutes he made it 3-2 with a shot from just inside the six-yard box before making sure in the closing moments with a spectacular solo effort which saw him collect the ball in his own area, cut a swathe through the Crumlin defence before clinically finishing past the advancing McNeill.