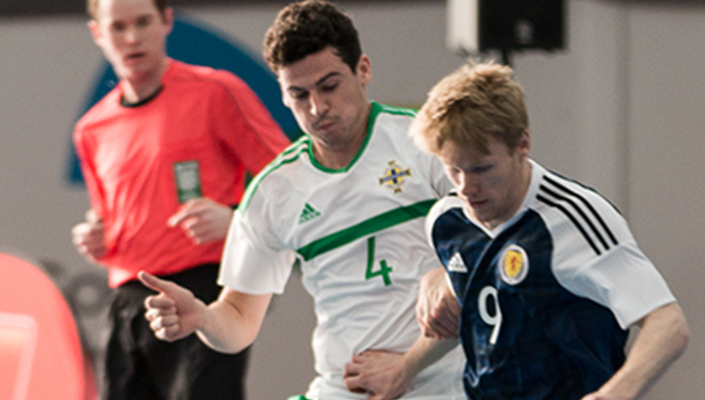 The Irish FA is offering a handful of opportunities for clubs to take part in futsal taster sessions across Northern Ireland.

The sessions, which are being staged over the next few months, will enable footballers here to experience FIFA’s only official five-a-side game, which is gaining popularity all over the country.

It is hoped that as a result of taster matches more clubs will enter the National Futsal League this summer.

The first of the Sunday sessions is being staged on 19 February at Belfast Model School For Girls (1pm to 3pm).

On March 12 there will be a taster event at the Epicentre Youth Club in Armagh (2pm-4pm) and on March 26 the venue is Omagh Leisure Centre (1pm to 3pm).

Teams should note players must be aged 16 and above, teams can bring a minimum of five and a maximum of 10 players and matches at the sessions will be played in a round-robin format and officiated by qualified futsal referees.

Registration for the sessions is free of charge and teams will be selected on a first come, first served basis.