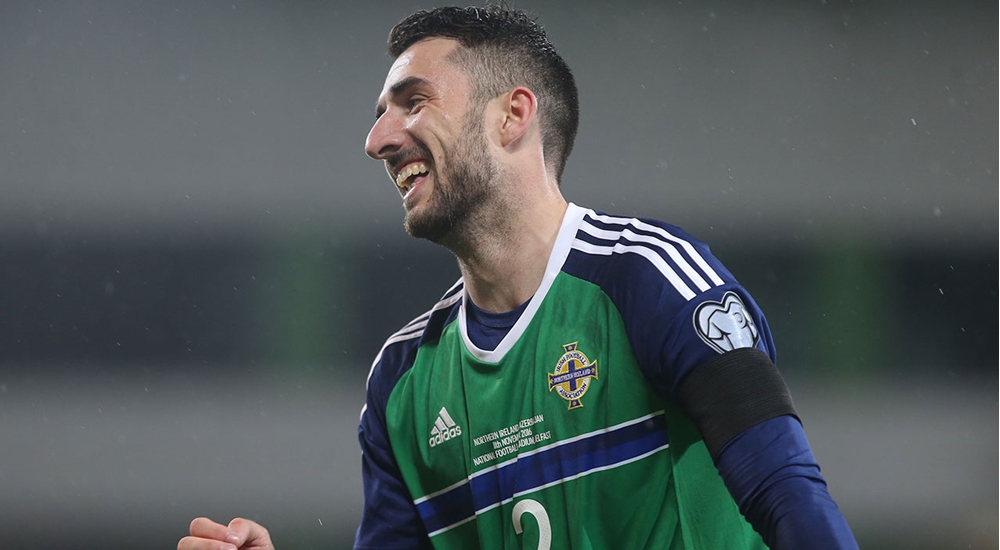 Fleetwood Town extended their unbeaten run to 15 games after Conor McLaughlin’s fifth goal of the season gave them a 2-1 home win over Bradford City in League One last night.

The 25-year-old, who had missed Fleetwood’s scoreless draw with Rochdale at the weekend because of an ankle injury, struck nine minutes from time to keep alive the Lancashire outfit’s hopes of automatic promotion to the Championship.

McLaughlin is now the second highest scoring Northern Ireland defender in England this season lying just one behind West Brom’s Gareth McAuley who scored his sixth of the campaign in the 2-2 draw with West Ham last Saturday.

Meanwhile, in League Two former under-21 internationals Shay McCartan and Billy Kee were among the goalscorers as Accrington Stanley and Mansfield served up a thrilling 4-4 draw at Field Mill.

Former Burnley trainee McCartan scored only his second of the season to give the visitors a 2-0 lead just before the half-hour mark before Kee hit a brace on 43 and 66 minutes to take his tally to 11 this term.

Central defender Callum Morris opened his goalscoring account for Dunfermline Athletic when he put the Pars a goal up in their fifth round Scottish Cup replay against Premiership strugglers Hamilton at New Douglas Park.

Unfortunately, the 27-year-old went from hero to villain just minutes from the end of the contest when he was adjudged to have tripped Hamilton’s Scott McCann inside the area to give the home side a penalty which they duly converted to take the tie into extra-time.

With no more goals in extra-time, the Accies ran out 3-0 winners in the penalty shoot-out to set up a quarter-final tie with Rangers at Ibrox.

However, after the game Dunfermline boss Allan Johnston was still not convinced that Morris’ tackle on McCann which led to the penalty was a foul.

“I had a quick look at the video and he’s skipped by a couple of challenges and over-run the ball a wee bit,” stated Johnston. “It just looks like a dive into the box. To be fair to the referee he was strong throughout the game, but that key decision he got wrong.”