Linfield progress to quarter-finals of cup 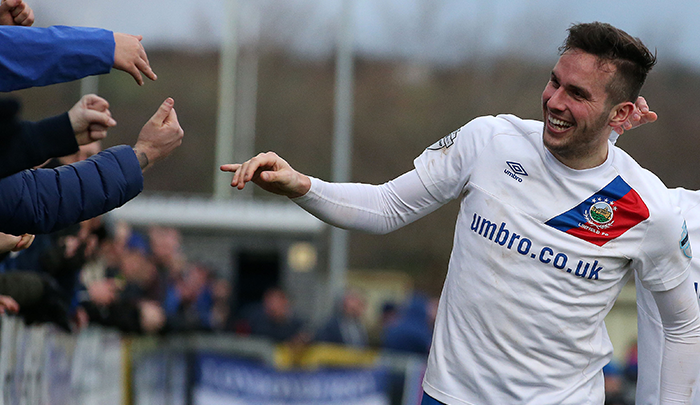 Goals from strikers Cameron Stewart and Andy Waterworth were enough to see the Blues safely into the quarter-finals of the Tennent’s Irish Cup.

They had to work hard for their 2-0 victory against Championship side Institute at Riverside Stadium, although they created the better chances in the game.

Afterwards Linfield striker Waterworth said he was pleased to get on the scoresheet - he has now scored in five consecutive games - and that he was delighted for Stewart, who started life at the Blues as a centre half but has been transformed into a forward in recent times.

Linfield manager David Healy said it was a tough test for his team on a tricky surface. “We were very professional and got the job done. I am pleased with the win,” he said.

In the first half Institute keeper Marty Gallagher made excellent stops from both Waterworth and Stephen Lowry.

The home side had a strong penalty claim in the 14th minute. Chris Casement appeared to upend Jamie McIntyre inside the area, but referee Ian McNabb saw it differently and booked McIntyre for simulation.

Linfield scored their opener shortly after the restart. Niall Quinn whipped in a cross down the left which took a wicked deflection off Stephen O’Donnell and the ball spun across the six-yard area to the back post where it was nodded home by Cameron Stewart.

Mark Scoltock had the ball in the net for ‘Stute with a bullet header on 72 minutes, however his effort was ruled out by the ref who claimed Scoltock had pushed a Linfield player in the build-up.

It appeared extremely harsh on the home side and their misery was compounded when Aaron Harkin, who delivered the ball to Scoltock via a sweetly struck free-kick, was given his marching orders by the ref for dissent. It was his second yellow of the game.

A few minutes later Gallagher kept his side in it with a stunning fingertip save from a Casement free-kick.

But the Blues effectively sealed the victory on 78 minutes when Waterworth got on the end of a pinpoint Jamie Mulgrew pass and ran clear of the ‘Stute defence to slot the ball neatly past Gallagher from 12 yards out.

In the closing stages Linfield had a couple of efforts ruled out for offside, while ‘Stute created a couple of chances. The best of them came from Michael McCrudden whose powerful drive from 10 yards was pushed round the post by Linfield keeper Roy Carroll. 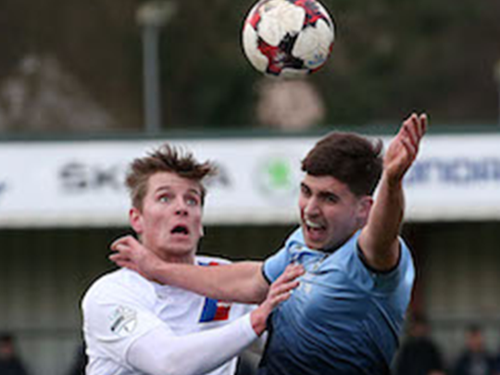 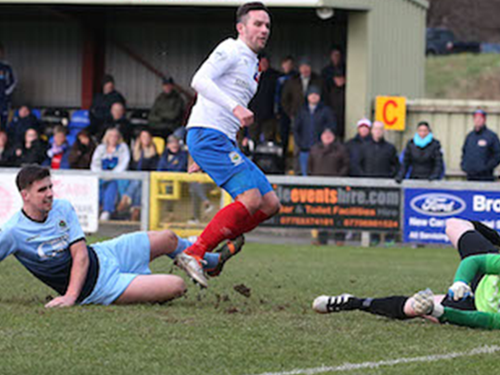 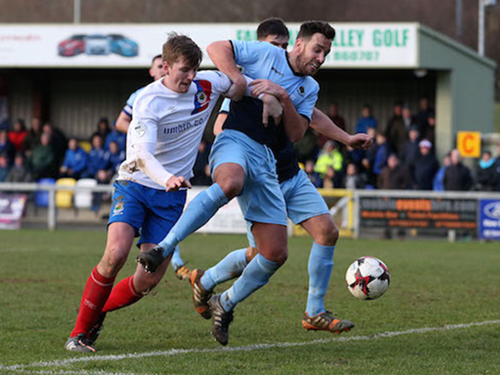 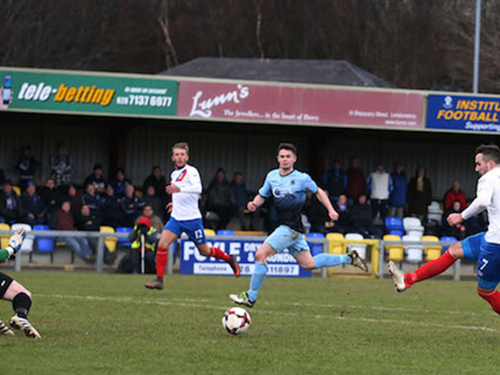