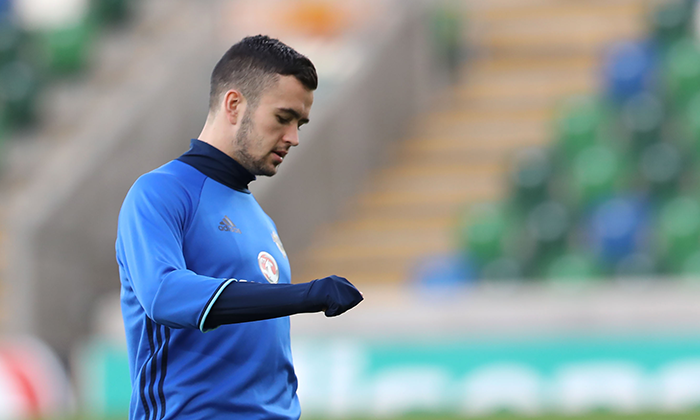 The 22-year-old, who joined Celtic two years ago from Derry City, had been on loan with Dundee this term scoring once in 13 appearances for the Scottish Premiership side.

Duffy, who was called up into Michael O’Neill’s senior squad last year, is now focused on making an impact at Stephen Kenny’s Dundalk who are aiming for a fourth successive league title.

“I’m buzzing to join Dundalk. I’m just happy now that it has finally got done," admitted the midfielder, who has won nine Northern Ireland under-21 caps,

“I enjoyed my two years in Scotland. I have some good memories of it; I played in some big games and made a good lot of friends. It just didn’t work out the way I wanted it to, but I still enjoyed it.

“Personally, I’m just hoping to get back to playing week in, week out and enjoying football again. I want to get back to scoring goals and have a good season, and hope that Dundalk have a successful season.”

The 18-year-old from Dungannon, who signed a one-year professional contract with the Blades last summer, is well known to Motherwell’s current under-20 manager, former Northern Ireland defender Stephen Craigan.

“Shea is a lad I know well from my days with the Northern Ireland youth set-up,” said Craigan.

“He’s captained the Sheffield United youth teams and has international experience that will be valuable to our squad. I’ve always liked him as a player and it’s great he now has the opportunity to come to Scotland and hopefully make a career for himself," he added.

“He’s initially here until the end of the current campaign but he now has a chance to showcase himself and earn a contract for next season as well.”