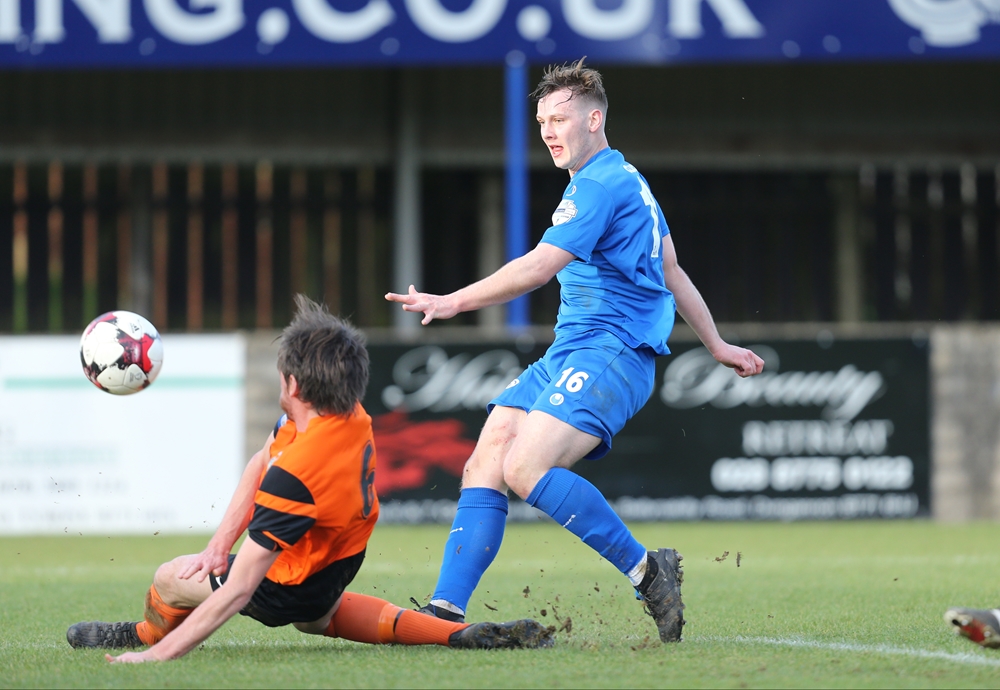 Midfielder Seanan Clucas believes Dungannon Swifts can keep progressing in the Tennent's Irish Cup after their win against Dollingstown.

The Swifts now face Warrenpoint Town at Stangmore Park with one more win booking them a spot in the Tennent's Irish Cup Semi-Finals at the National Football Stadium at Windsor Park.

On progressing to the quarter finals after their 4-1 win against Dollingstown, Clucas said: "It's big obviously. Rod (Rodney McAree, Manager) has just spoken financially of what it means for the club.

"It's good to progress to the quarter finals as being in the hat means you still have a chance."

However Dollingstown FC put a scare into the Swifts, albeit a brief one, as Clucas netted moments after the Dollybirds levelled, he said: "It was a quick response and it was important.

"The longer they would have stayed in it the longer it would have build up belief. So it was a good response and good to go back into the lead."

And to seal the win, Cormac Burke scored a stunning effort which Clucas says isn't the first time: "To be honest I think he saw someone at the back post...

"Only joking, Rodney says he does it all the time in training so it's good he has brought that into the match and the more the merrier."