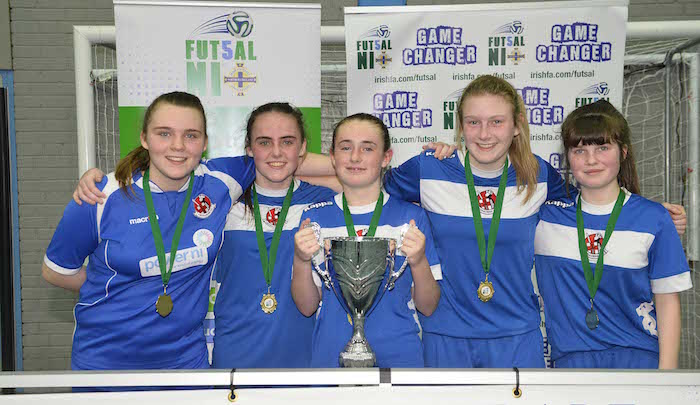 The north Belfast side beat near neighbours Cliftonville 7-5 in an action-packed final to secure the league trophy.

The Female Domestic Futsal League, featuring U15 and U17 sections, began inNovember and concluded at the weekend.

In the U17 section four teams qualified for the play-off stage of the competition.

Crusaders Strikers booked their place in the decider with a fine 4-1 victory against Portadown Ladies.

Both teams played well but the Crues had the cutting edge in front of goal and converted their chances - Codie Baird was clinical in scoring twice - whereas the Ports missed several gilt-edged chances.

Cliftonville, meanwhile, had to navigate a penalty shoot-out to earn their place in the final.

They raced into a 3-0 lead against Mid-Ulster Ladies with Caolinn McCann scoring a brace. But a goal from Rachael Rodgers sparked a Portadown comeback and they quickly drew level. Portadown then hit the woodwork four times but could not find a winner.

The game went to extra time and penalties – and the Reds kept their cool in the shoot-out to reach the final.

In the final the Crues and the Reds produced a great game of futsal played at a high tempo.

As in the semi-final the Crues opted to play without a permanent keeper – their players rotated netminding duties – and it enabled them to pile the pressure on their opponents.

The Cliftonville keeper pulled off a string of great saves to keep her team within touching distance but the Strikers’ superior firepower told in the end. Codie Baird helped herself to a hat-trick as the Crues registered a 7-5 victory to be crowned U17 national futsal champions.

See gallery below for more images from the league play-offs. 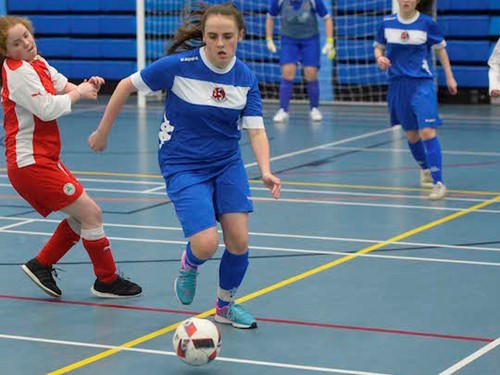 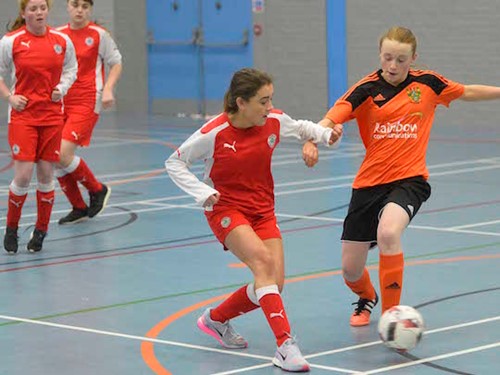 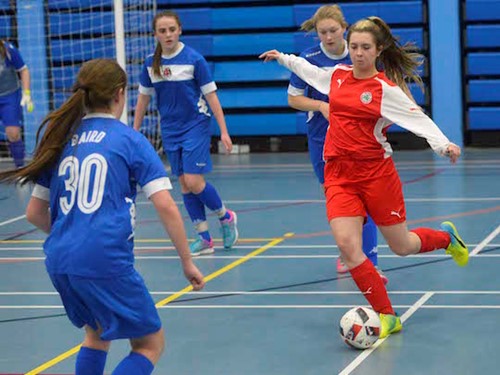 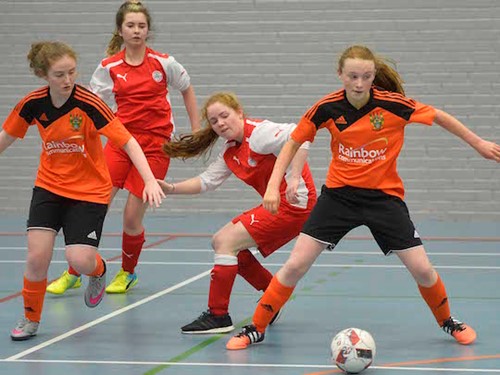 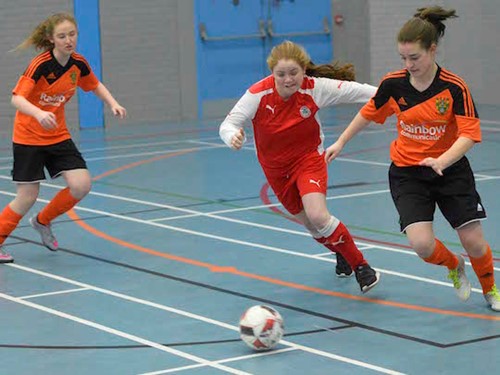 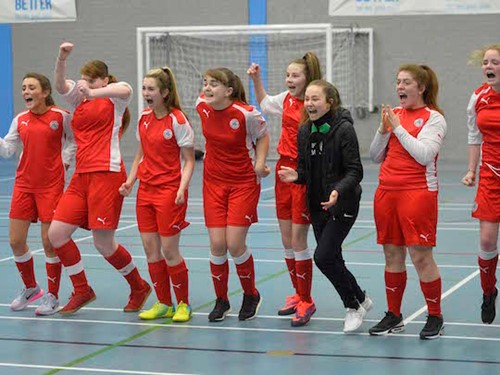 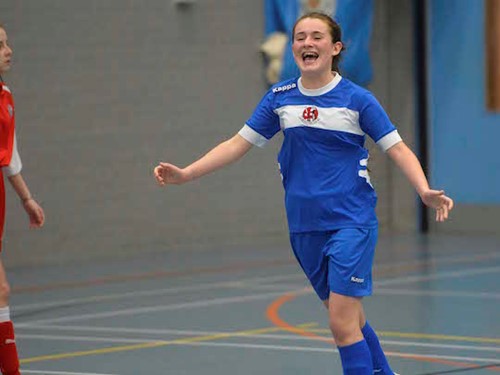 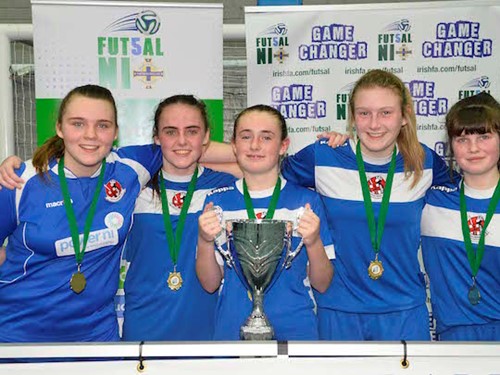