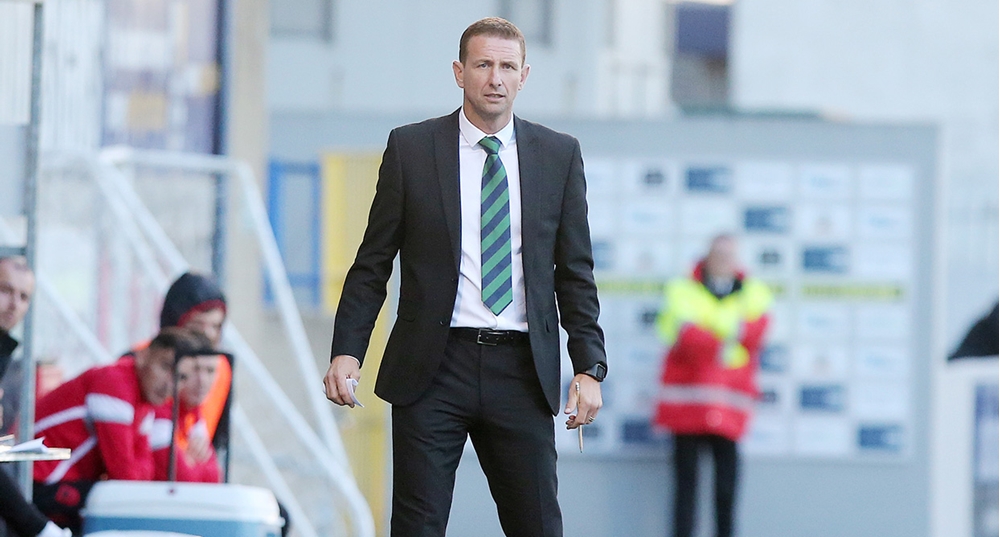 Tonight (Thursday) Northern Ireland will take on Spain at Shamrock Park in Portadown and Ian Baraclough and his U21s see it as an opportunity to pull off a historic victory and go top of the group.

He said; "There's a carrot there and it should inspire them (our U21s). If we can get three points we go above Spain.

"They've got players that play on the same pitch as Gareth Bale and Ronaldo. They've got real quality and we've got to be organised."

Northern Ireland U21 gaffer still believes his side have the right mentality to give Spain a game: "I want to see that Northern Irish DNA of wanting to be positive and making it a difficult night for them.

"For me, that's (Iceland) put to one side at the moment and it's all about Spain."

The U21s take on Spain at Shamrock Park, Portadown on 22 March. KO is at 7:45PM and it is free entry so be sure to come along and support the team!

You can watch the full interview with Ian Baraclough by clicking the image at the top of the page.