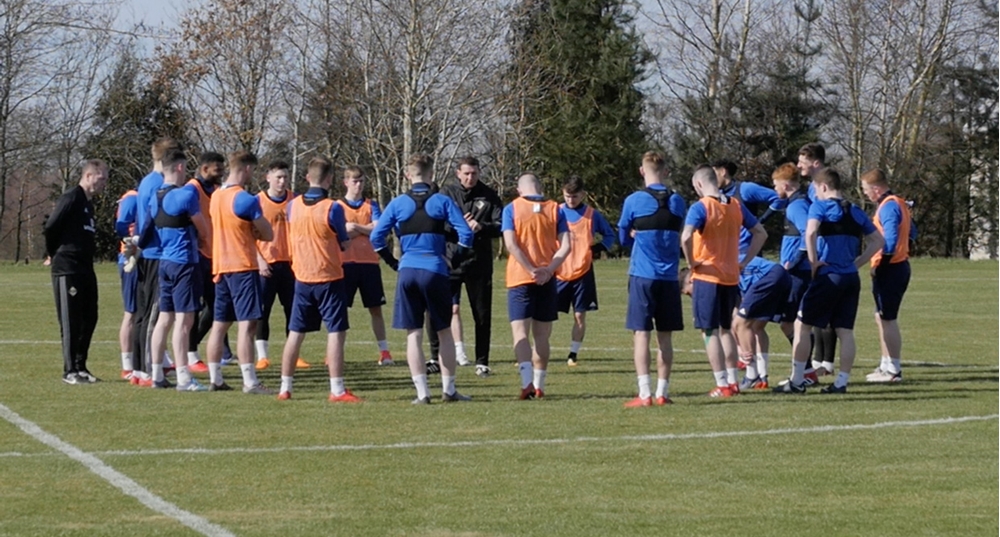 A raft of young stars from top European clubs against players who largely operate in England’s lower leagues and the Irish Premiership?

It should be a foregone conclusion when Spain’s Under-21s lock horns with Northern Ireland’s U21s in Portadown’s Shamrock Park tomorrow evening (7.45 kick-off, free admission) in a UEFA U21 Championship 2019 qualifier.

But football doesn’t always work like that and Northern Ireland U21s manager Ian Baraclough says his team are fired up to face players from the likes of Real Madrid, Barcelona and Valencia.

He admits they will have to be at their very best to get anything from the game, but he added: “This group of players really are a tough bunch and never let their heads go down when up against it.

“Spain were narrowly beaten by Germany in the final of this competition last year and have players with significant La Liga experience with some of the leading Spanish clubs. It’s a test we will relish, however, as we fight to stay in contention at the top of Group 2.”

Northern Ireland’s goalkeeper could be a tad busy tomorrow evening - and Ian Baraclough has two fine keepers to choose from in Burnley’s Conor Mitchell and Bailey Peacock-Farrell, who has forced his way into Leeds United’s starting line-up in recent games.

Experienced U21 defenders Cameron Dummigan, Ryan Johnson and Luke Donnelly, the team captain, can also expect a torrid time from the lively Spaniards.

But Northern Ireland have their own shining lights. Striker Paul Smyth, who has been a regular in QPR’s first team squad since Christmas, will be out to show how much he has improved since his move to England last summer, while the likes of Gavin Whyte (Crusaders), Mark Sykes (Glenavon) and Coleraine pair Ciaron Harkin and Jamie McGonigle are keen to make an impact on the international stage.

Everton winger Shayne Lavery and Stevenage forward Ben Kennedy will also relish the prospect of testing themselves against a side the U21 boss admits are “quality opposition”.