The semi-finals of this year’s Tennent’s Irish Cup will be played at The Oval in east Belfast and at The Showgrounds in Ballymena.

Both games will be played on Saturday 31 March – and both will kick off at 3pm.

Cliftonville, who defeated Linfield 1-0 at the National Football Stadium at Windsor Park last night to book their place in the last four, will take on Championship side Loughgall, conquerors of Glenavon, at Glentoran FC’s Oval ground.

And Premiership high flyers Coleraine, who eased past the Glens in the quarter-finals at their Showgrounds home last night (1-0), will face Championship side Larne at the Mid-Antrim venue where they defeated Ballymena United 2-1 last night. 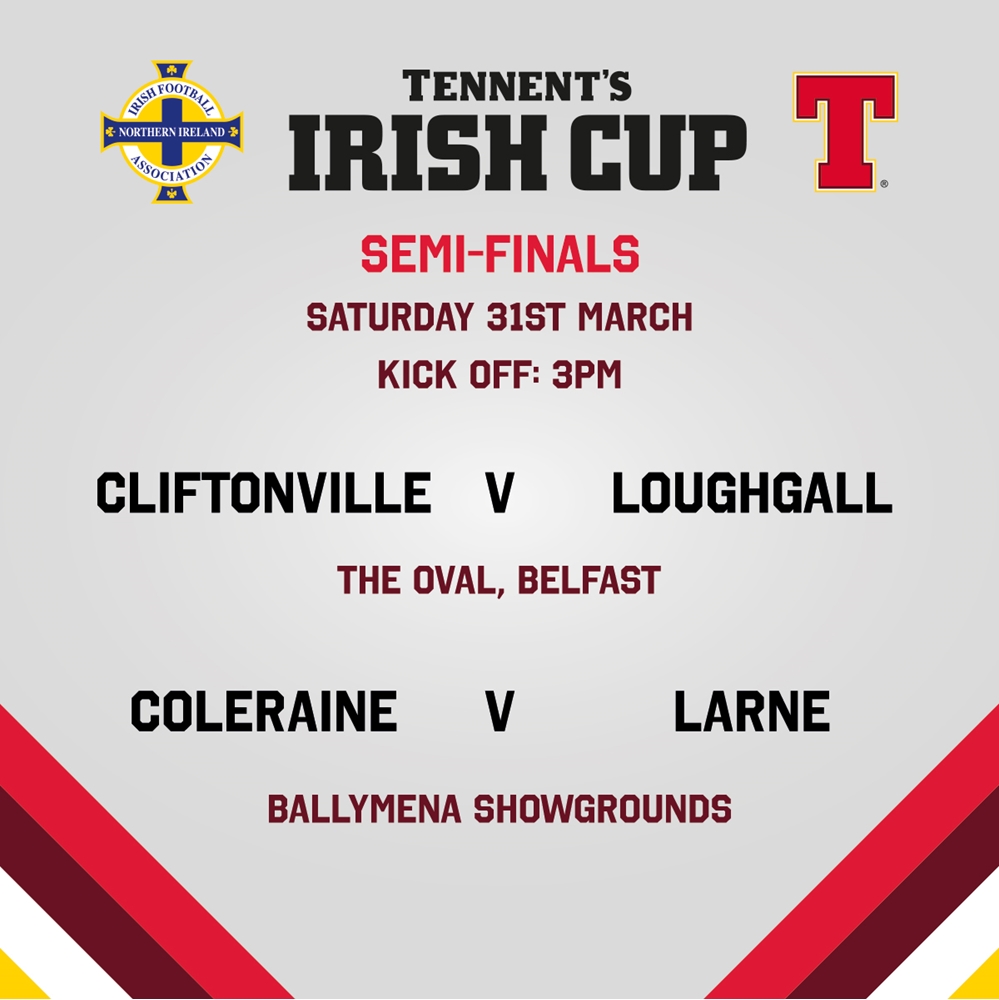