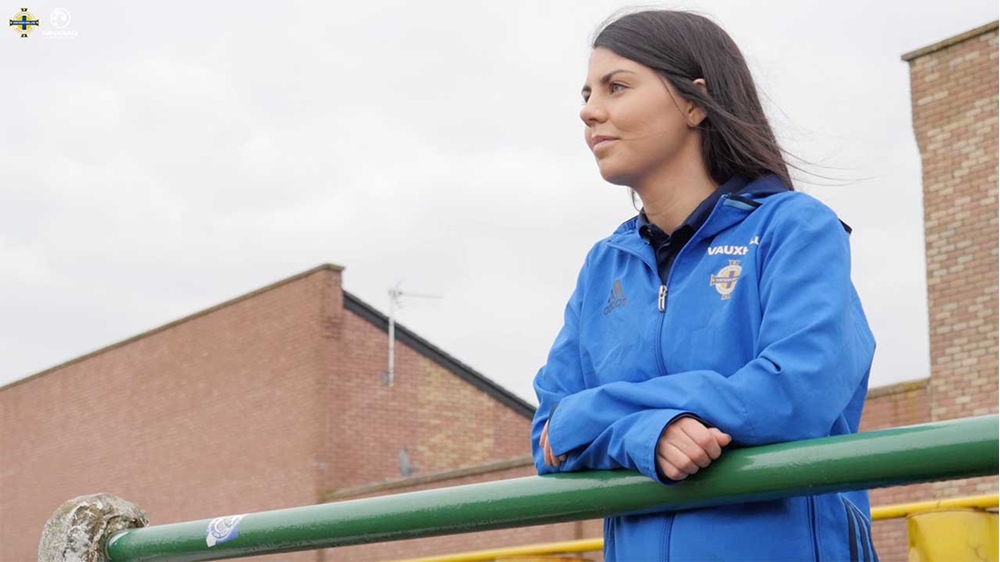 Defender Jessica Foy shares her journey from growing up in Carryduff to earning over 20 caps for Northern Ireland.

Foy, who is currently part of the squad that is taking part in the Turkish Women's Cup this week, first played Gaelic Football at Carryduff GAC and didn't join a football club till the age of 15.

At that stage, it was the Irish FA that scouted her and linked the defender into Glentoran Women's team where she is now captain.

Speaking on her journey, she said: "Football was something that I started quite late. I started my football career at Our Lady's and St Patricks College. It was the first time I got involved and I really enjoyed it.

"The moral of my story would be that it's never too late to pursue something you enjoy. From starting off in my first team at school, starting my first club at 15 and now having over 20 caps for the senior international team."

To watch the full journey, watch the video above.