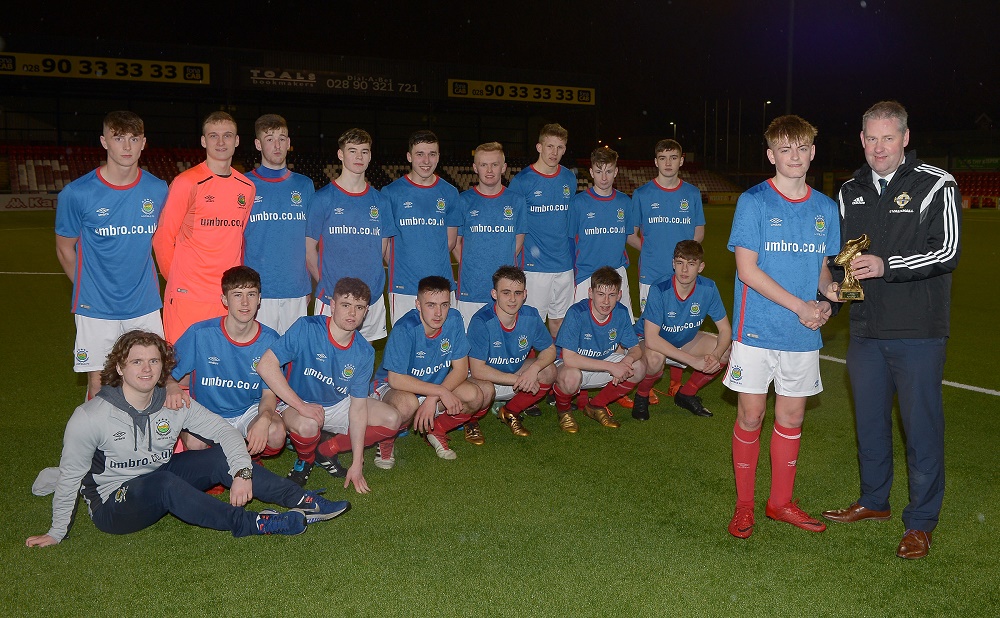 Holders Linfield Rangers continued their defence of the Harry Cavan Youth Cup with a semi-final defeat of Coleraine FC Academy at Seaview.

It was obvious right from the start that Coleraine were fired up for the occasion, but this passion spilled over to their detriment inside the opening 10 minutes when defender Eamon Devaney was shown a straight red card by referee Eugene Burns after lashing out at a Linfield player.

Despite this the 10 men were in control of proceedings and looked capable of coping with whatever Linfield had to throw at them.

As the game progressed both sides had shots on goal but the two keepers kept them out, leaving it scoreless at the break.

Linfield, who had started to come into the game more towards the end of the first half, proved to be the more productive after the interval, playing some nice football from wing to wing while continuously probing for a way through.

As the clock ticked down the game became a gripping end-to-end battle.

And Coleraine's numerical disadvantage eventually came back to haunt them with around 15 minutes remaining. Linfield's Adam Carroll latched on to a through ball and took a few strides forward before slotting what proved to be the winner past advancing keeper Josh Dunn from 12 yards.

The Bannsiders pressed in the remaining minutes but Linfield held firm to set up an all-Belfast decider against Cliftonville Strollers.

Image: Maurice Johnston, chairman of the Irish FA Youth Committee, presents Ben Wylie of Linfield Rangers with his man of the match trophy.