Larne out to cause an upset against Ballymena United 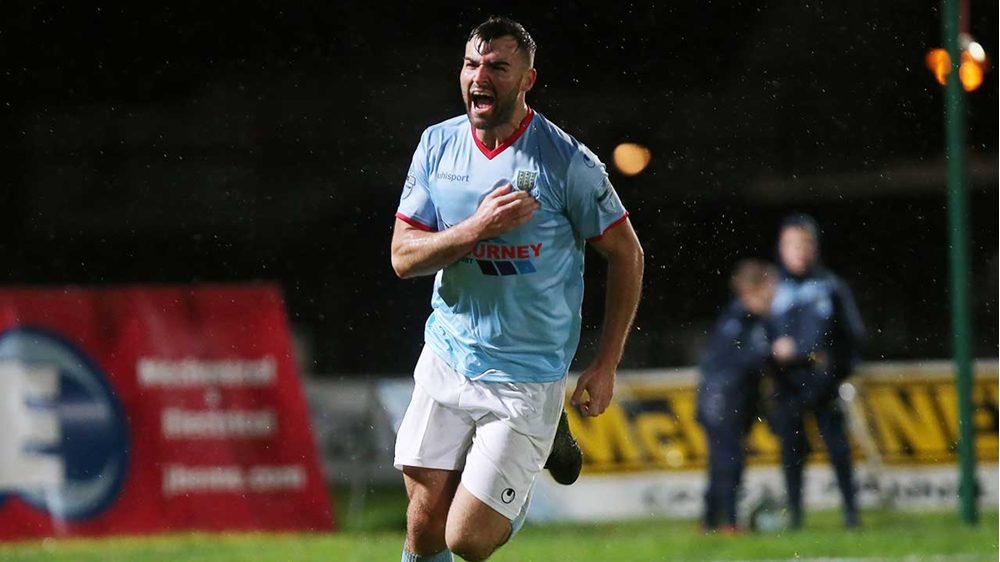 It's 'take two' for the Tennent's Irish Cup Quarter-finals as the three ties postponed because of the inclement weather last weekend will finally be settled on Tuesday night (13th March).

In the only game to beat the snow first time around Loughgall upset the odds to knock Glenavon out at Mourneview Park and their Championship stablemates, Larne, will be hoping for a similar outcome when they travel to The Showgrounds to face Ballymena United.

David Jeffrey's Sky Blues, despite having reached two cup finals already this season, have struggled to find form and go into the game on the back of a disappointing performance in a derby defeat to Coleraine at the weekend.

And United won't find it any easier when the Inver Reds descend upon Warden Street, despite being in the bottom six split in the Championship and the lowest ranked club still in the competition.

Larne are four months into an unbeaten run and whilst Tiernan Lynch's side haven't faced top flight opposition in that time their panel possesses a wealth of experience on the pitch to complement the plans and ambitions off it.

Throw into the mix the local bragging rights at stake and it's clear this game is very much one to watch.

But that applies to the other two ties still to be decided too.

Coleraine welcome Glentoran to their Ballycastle Road Showgrounds with both sides having carved out good results of late.

The Bannsiders closed the gap at the top of the table to a couple of points with Saturday's win over Ballymena to remain undefeated since the middle of November whilst Glentoran continued their recent upturn in fortunes since Ronnie McFall stepped into the hotseat following Gary Haveron's departure with a point away to Glenavon.

Head-to-head this season this looks like a game that should see the Bannsiders progress. After all, in the three meetings between the sides this season, they have yet to concede even a goal to the Glens.

Holders Linfield continue their defence of the trophy at home to Cliftonville.

It would be fair to say that neither club have had the campaign they might have hoped for. Both are well off the pace in the title race, with the cup representing their final chance of earning any silverware this season.

Despite this, any Blues v. Reds game is always one to savour and, perhaps, extra spice is added to this one with a place in the last four at stake.

Of the meetings this season, David Healy's side hold the upper hand having won at Solitude just a couple of weeks ago following up a pre-Christmas two-goal victory at Windsor Park.

Cliftonville, on the other hand, will be hoping for a similar outcome to their dramatic win back in September which saw the Reds fight back from two goals down to find the net three times in the last ten minutes.

The semi-final draw will be made immediately afterwards Tuesday’s games.