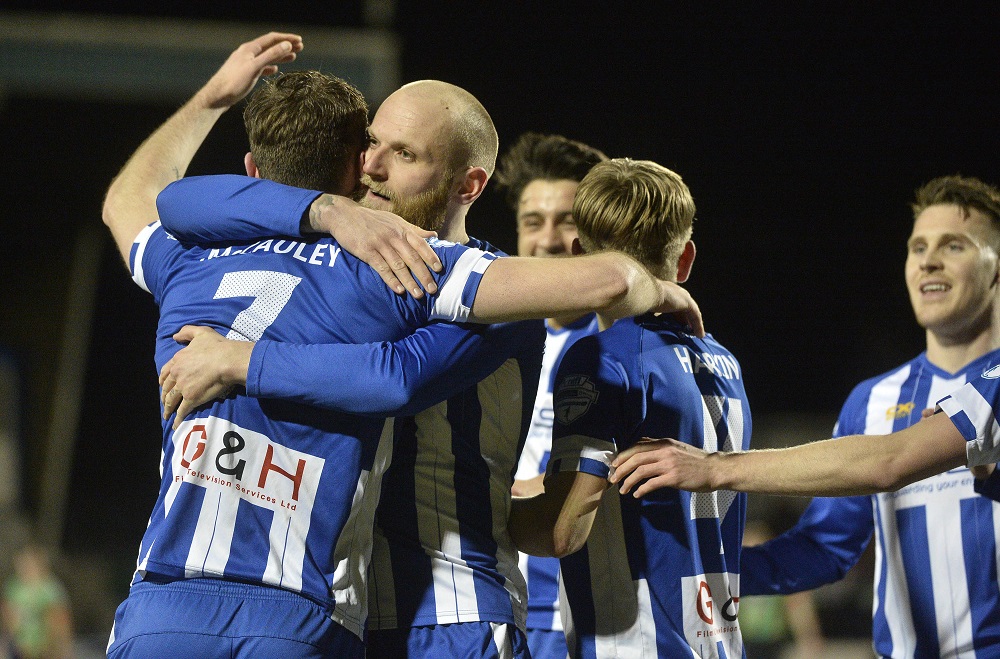 The draw for the semi-finals of the Tennent's Irish Cup has kept the two Championship clubs still left in the competition apart.

Larne's reward for defeating Ballymena United this evening at The Showgrounds is a mouth-watering last four clash with the Sky Blues' great rivals Coleraine.

Meanwhile Loughgall, victors over Glenavon ten days ago, will be relishing the chance to lock horns with Cliftonville, who knocked out holders Linfield thanks to a Joe Gormley winner late in the game.