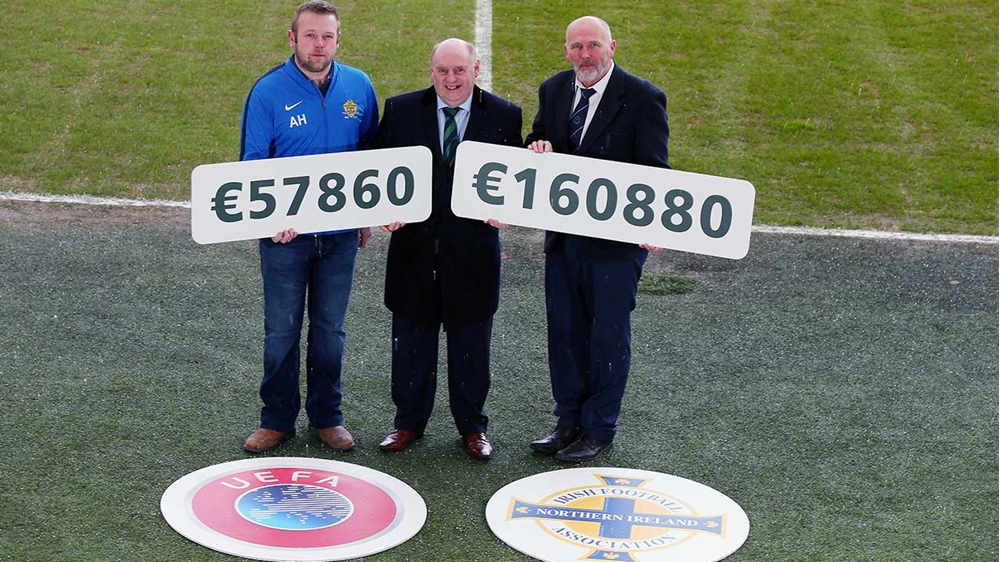 Two clubs that were hit by floods last summer have received a major cash boost from UEFA to help them rebuild.

NIFL Championship club Institute FC has received €160,880 from the UEFA Fair Play and Social Responsibility Committee, while the Committee provided €57,860 to help Ardstraw FC of the Northern Ireland Intermediate League.

At the Riverside Stadium, where Institute FC played, the pitch, the changing room and the stands were all badly affected by water damage in the floods last August. The club has had to move out of Drumahoe completely this season and is playing at Wilton Park, home of North-West Junior League club Churchill United.

The natural disaster grants from the UEFA Fair Play and Social Responsibility Committee represent almost half of the total available fund for hardship support across Europe.

UEFA makes a yearly budget of €500,000 available to help rebuild football infrastructure when hit by natural disasters. In addition, in times when the negative effects of climate change are being felt more and more and as a contribution to the Sustainable Development Goal 13 Climate Action, UEFA has a flight carbon compensation system in place and applies principles of sustainable event management.

President of the Irish FA, David Martin, said: "I would like to thank UEFA for the substantial support that it has provided for both Institute FC and Ardstraw FC through its Fair Play and Social Responsibility Committee.

"Our membership of UEFA means that we were able to draw attention to the difficulties that the two clubs had endured and I am pleased that European football's governing body responded so comprehensively.

"I hope that these funds will provide considerable assistance to both Institute FC and Ardstraw FC as they aim to restore the damage that they suffered last summer."

Bill Anderson, Chairman of Institute FC, added: "The officials, management and players at Institute FC are absolutely delighted with this assistance. I would like to thank UEFA for granting it and the Irish FA for making the case on our behalf. This money will be significant in our future plans for the club as we seek to build a new home for Institute FC."

Aaron Hempton, Chairman of Ardstraw FC, said: "It's great that European football's governing body is concerned about a small intermediate club in Northern Ireland and saw fit to give this award. We are delighted and will use the funding to restore our pitch and clubhouse."