Michael O'Neill's side edge past South Koreans in Belfast 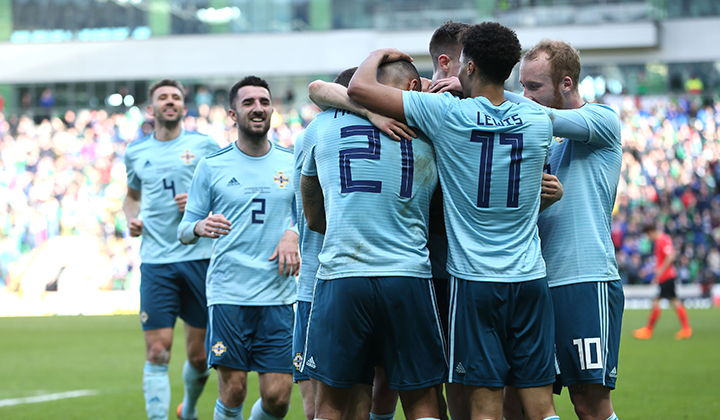 Paul Smyth secured Northern Ireland a 2-1 victory over World Cup-bound Korea Republic with a goal on his senior international debut.

The QPR striker scored with a crisp low drive minutes after coming off the bench - and celebrated with his trademark flips.

Korea Republic dominated the early proceedings with Northern Ireland struggling to get a foothold in the game.

The visitors' endeavour was rewarded on seven minutes when Kwon Changhoon poked the ball home from six yards following a clever chip over the defence by midfielder Park Jooho.

Five minutes later the Koreans could have been two up but for debutant Carson who pulled off a fine point blank save from Spurs maestro Son Heungmin.

Northern Ireland’s first real chance of the half came just before the quarter-hour mark when a ball into the penalty area fell to Jamie Ward who rifled home only for his effort to be ruled out for offside.

Shortly after Aaron Hughes, making his 110th appearance for his country, limped off the park to be replaced by Conor McLaughlin.

With the home side finally beginning to settle O'Neill's charges forced an equaliser on 19 minutes from a well worked free-kick after George Saville was unceremoniously bundled over just outside the box.

From the free-kick Oliver Norwood sent Ward scampering down the right flank and his driven cross flew into the net off defender Kim Minjae.

Northern Ireland started the second half brightly. Saville produced a neat lay-off to Josh Magennis and his rasping shot was tipped over the bar by goalkeeper Kim Seunggyu.

O'Neill made a double substitution just after the hour mark. bringing on Conor Washington and Liam Boyce for Corry Evans and the industrious Ward.

Then Paddy McNair entered the fray from the bench before QPR winger Smyth, who starred for the under-21s against Spain on Thursday night, came on for his international debut on 82 minutes.

And it took the former Linfield man just four minutes to make an impact. QPR team-mate Conor Washington knocked the ball into his path inside the area and he took it past a defender before drilling the ball into the net from 10 yards.

In grabbing the goal Smyth became the first player in 17 years - since George McCartney - to score on his debut for Northern Ireland. 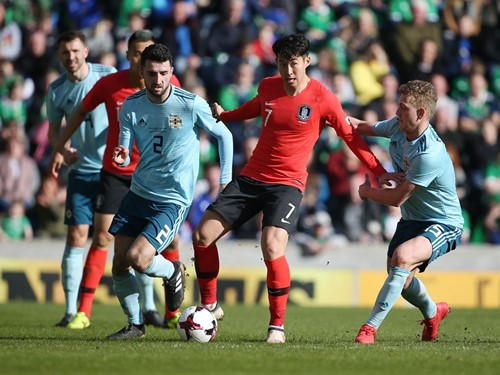 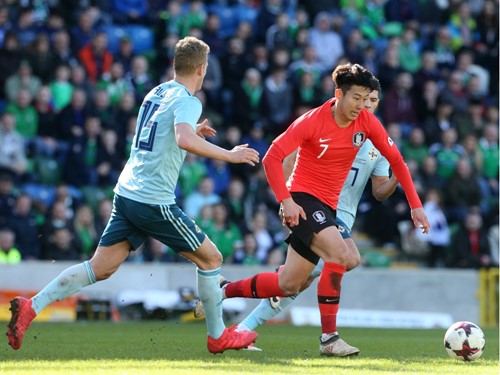 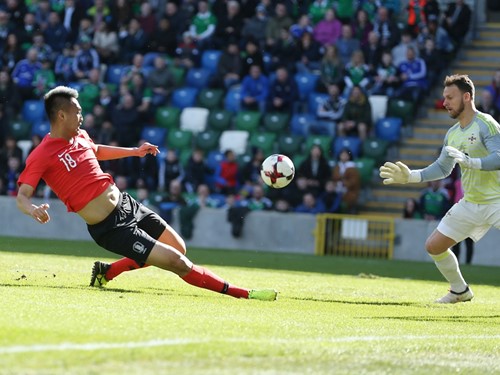 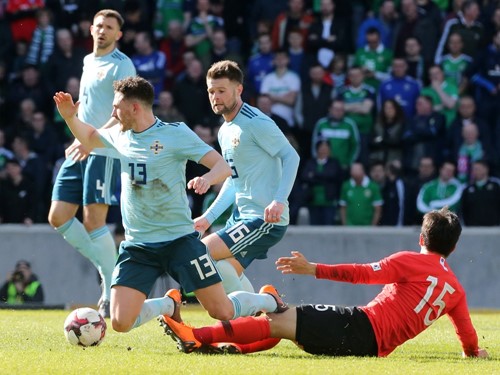 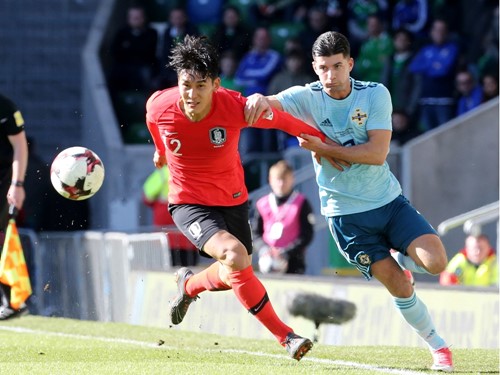 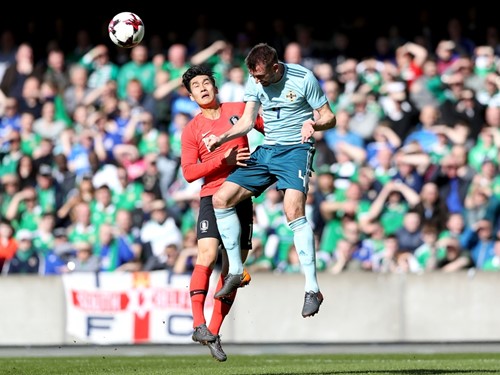 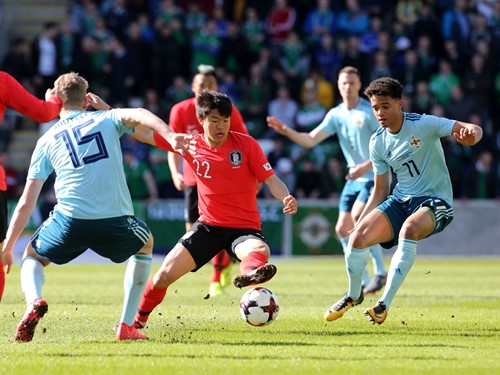 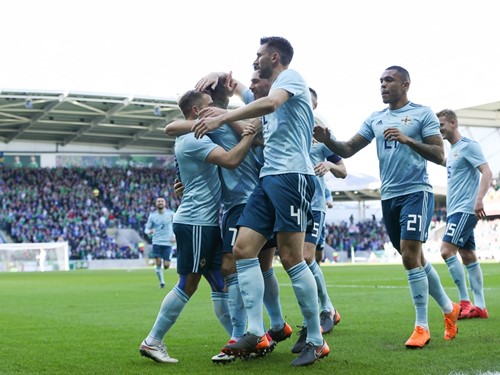 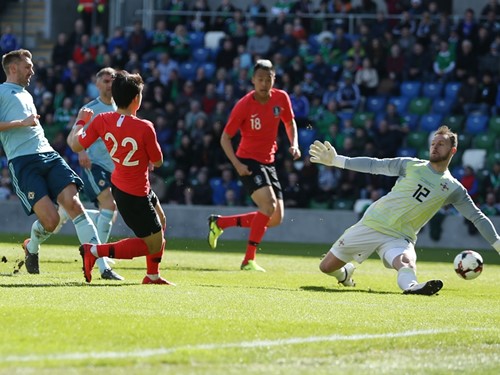 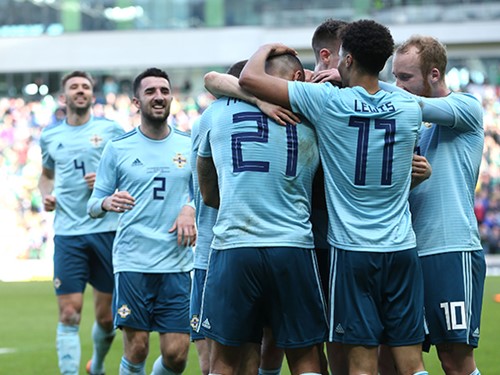 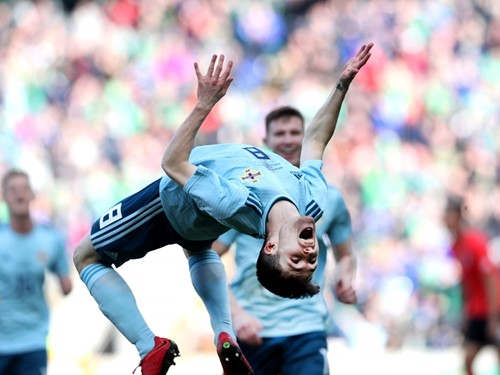 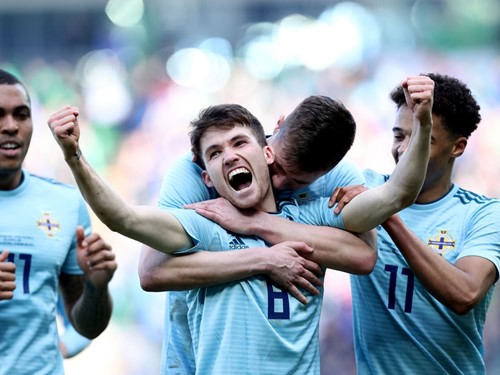