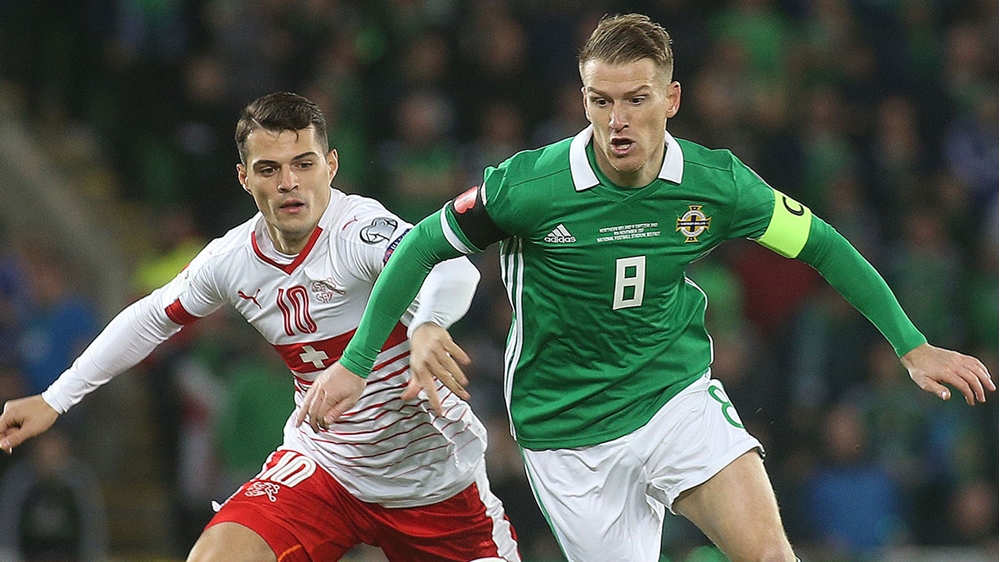 Northern Ireland have moved up the FIFA world rankings again – to 24th place.

Back in September Michael O’Neill’s men rose to 20th in the world, their highest position in the history of the FIFA/Coca-Cola Men’s World Ranking.

Defeats last October in World Cup qualifiers against Germany and Norway, however, saw Northern Ireland slip back down the pecking order again to 26th.

But the World Cup play-off scoreless draw and narrow 1-0 defeat to Switzerland, who are currently ranked eighth in the world, plus poor results for other countries in and around them has propelled the boys in green up the list once more.

Northern Ireland’s next opponents, Korea Republic (South Korea), are only ranked 59th in the world, but they will be going to their ninth consecutive World Cup in Russia this summer.

England are the highest ranked of the home nations in 16th, followed by Wales in 20th. The Republic of Ireland are 31st in the world with Scotland in 32nd position.

Germany remain in top spot with Brazil second and Portugal in third.