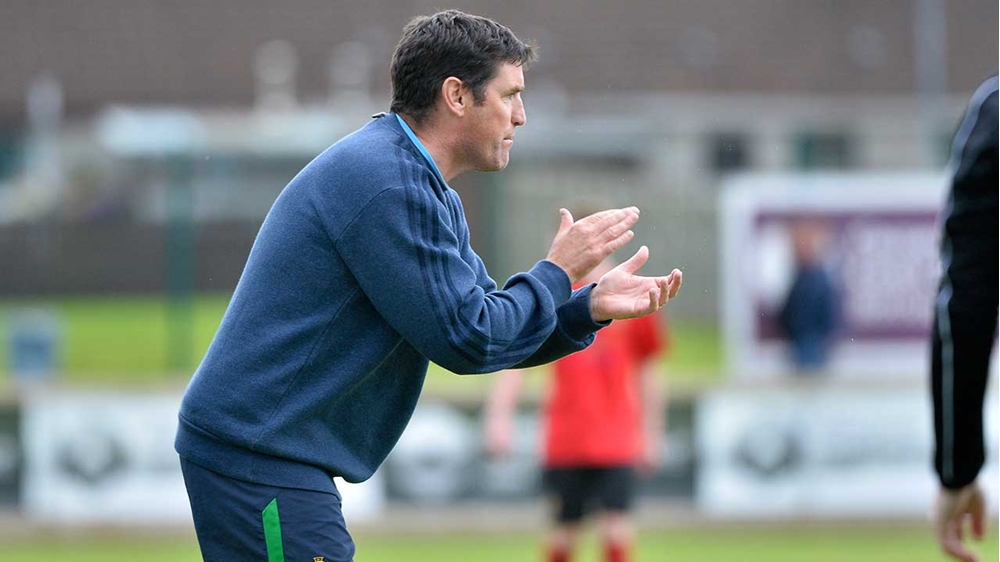 The Northern Ireland Under-18 Schoolboys’ team are set to get their 2018 Centenary Shield campaign under way in Scotland this evening.

The U18s, who are current joint-holders of the trophy with England, will be taking on the Scots at New Western Park in Renfrew (7.45).

The game had been due to be played at Greenock Morton’s Cappielow ground but the recent bad weather has left the pitch there in bad shape.

However, Northern Ireland’s U18 Schoolboys, who won three of their four fixtures in the 2017 Centenary Shield, are “in good shape” going into the competition, according to manager Frankie Wilson (pictured).

He explained: “Despite the snow last week our preparations have gone well. The indoor facility at Meadowbank in Magherafelt has helped in recent weeks.

“Our squad is a great mix of lads from all over Northern Ireland and our recent trip to Jersey has helped gel them together. Our aim is to retain the Centenary Shield. We have six players returning from last year along with our new players - and we feel we have the squad to retain the trophy.

“I am looking forward to playing against our friends from Scotland. I am expecting it to be a tight affair.”

He further pointed out coaches Brian Donaghy and Simon Nicks have worked tirelessly each Sunday since November moulding the team, while goalkeeping coach Eamon Curry has been working hard with the keepers.

And he said the squad’s new strength and conditioning coach, Paddy McGrath, had improved the players’ flexibility and core strength as well as highlighting the importance of strength and nutrition to improve performance

The manager added: “The games will come thick and fast and it's important to get off to a good start. We have a few new players whom I sure will light up the competition this year.”

Northern Ireland’s second game in the Centenary Shield is against Wales at Newry Showgrounds next Thursday (15 March, 3pm start) followed by a clash with the Republic of Ireland in Monaghan on 29 March. Their final game will be at home to England at Queen’s University Belfast’s Dub complex on 6 April.