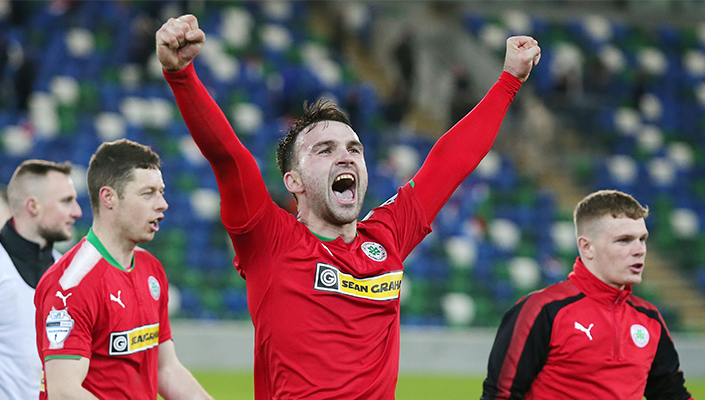 Cliftonville manager Barry Gray is delighted for his players and the fans after their 1-0 victory against Linfield at the National Football Stadium at Windsor Park.

Joe Gormely scored the winner with just over ten minutes left to ensure they now face Championship side Loughgall in the Tennent's Irish Cup semi finals.

Speaking after the victory Gray said: "It means a lot to the entire club, everyone involved. It's a massive victory for us. Any time you come out on top against Linfield it's special."

To hear more from Gray and to see Gormley's winner, watch the video above.