O’Neill calls up Lewis and Hazard for first time 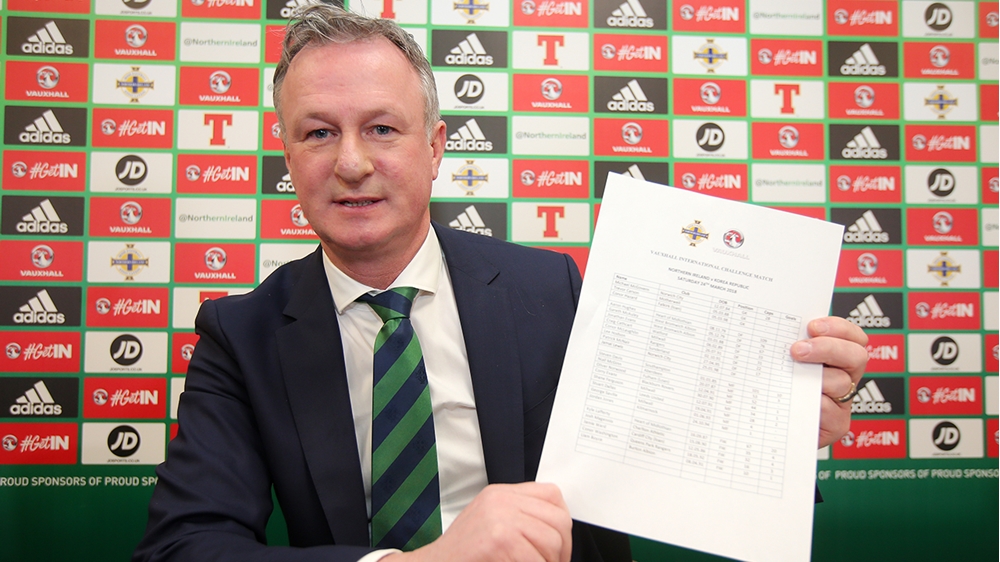 Both Lewis and Hazard, who is on loan at Falkirk from Celtic, have previously represented their country at underage level.

They have been named in the senior squad for the international friendly against Korea Republic (South Korea) at the National Football Stadium at Windsor Park on 24 March.

Goalkeeper Trevor Carson is also back in the squad following a string of strong performances for Motherwell in the SPFL this season. Carson has been in training squads and full squads during Michael O'Neill's reign but has yet to make a senior appearance for his country.

After revealing the squad for the South Korea game, the manager said Carson had been having a great season and he also said Conor Hazard was "a great prospect".

He pointed out Jamal Lewis has been performing well since breaking into the first team at EFL Championship side Norwich City.

Experienced midfielder Chris Brunt has not been included in the squad because he wants to take a break from international football to concentrate on his club career with West Bromwich Albion - and it's a similar story with striker Will Grigg who is pushing for promotion from EFL League One with Wigan Athletic.

The game later this month is among a handful of warm-up matches for the Koreans as they prepare to take part in the World Cup in Russia this summer.

The South Koreans, known as The Reds, reached their ninth consecutive World Cup tournament after navigating three rounds of qualifying in the Asian Football Confederation.

The star of the South Korea side is Tottenham Hotspur striker Son Heung-min, who has scored 20 goals in 61 appearances for his country.

Other well-known names in their squad include Swansea City midfielder Ki Sung-yueng (97 caps, 10 goals), Crystal Palace midfielder Lee Chung-yong (78 caps, eight goals) and striker Koo Ja-cheol, who plays in the middle of the park for FC Augsburg in the Bundesliga (65 caps, 19 goals). 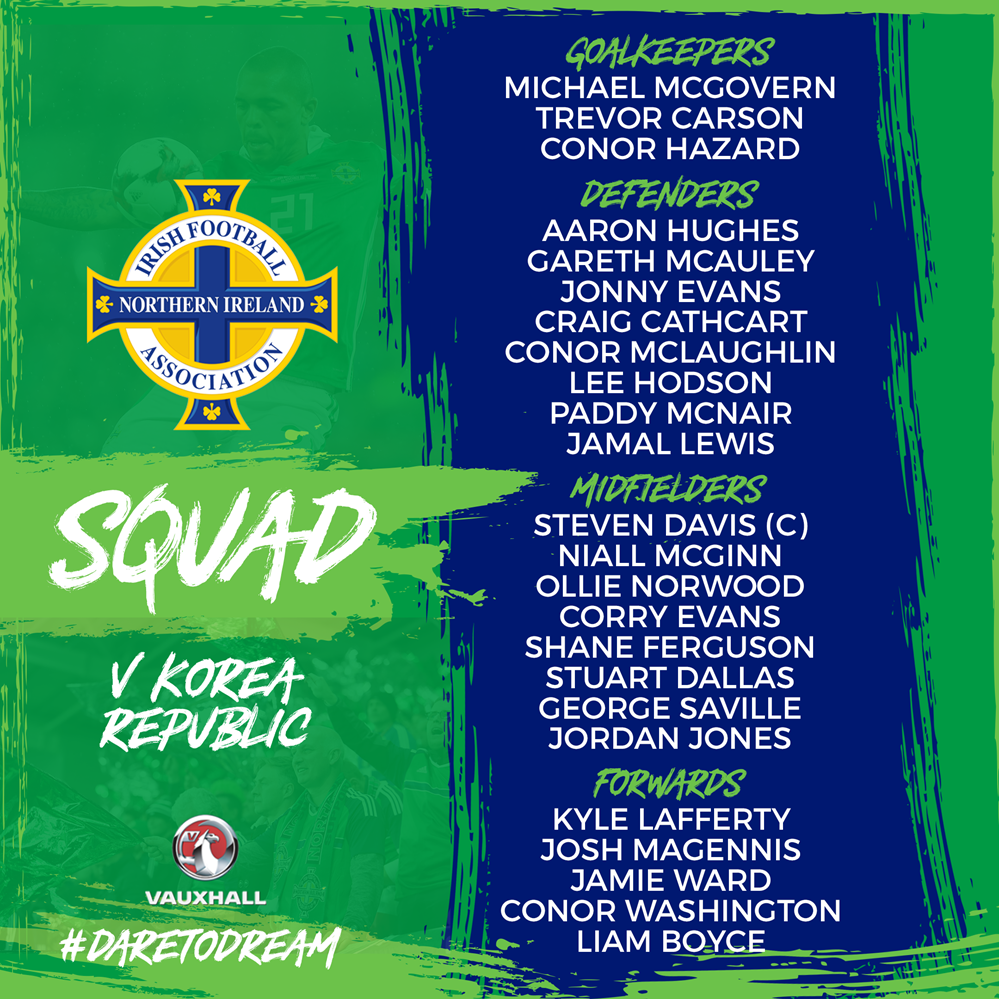