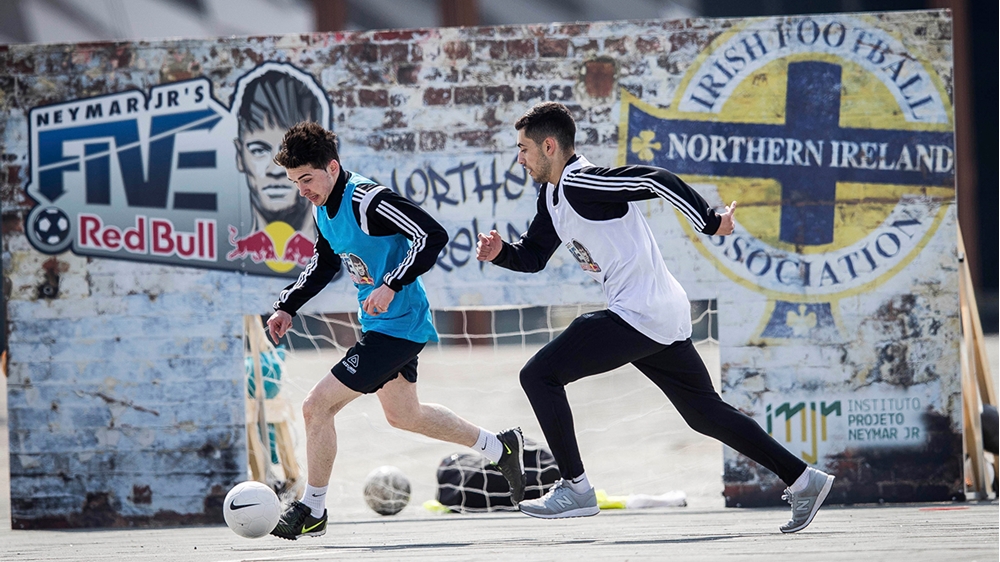 Neymar Jr’s Five provides a unique challenge to players the world over as five-a-side teams battle it out in 10-minute matches with a twist. Every time one team scores, the opposition loses a player, which makes it fast, technical, tactical and unique in the world of football.

This summer, Neymar Jr sets his sights on winning both the World Cup and Champions League alongside crowning the winners of the biggest edition of his signature five-a-side football tournament, Neymar Jr’s Five.

To participate in the regional qualifiers, teams of five to seven players must register at www.neymarjrsfive.com and select their preferred qualifier in either Dublin, Limerick, Belfast, Galway, Cork or Carlow. The national final will be held at the end of April with details to be announced in the coming weeks.

The winning male and female team will then travel to the World Final at the Instituto Projeto Neymar Jr in Praia Grande, Brazil. Mixed teams can continue in 2018 but, for the first time ever, there will be an all-women’s tournament in the same format of 10 minutes of intense action, no goalkeepers and teams losing a player every time the opposition scores.

He added. “It’s very big but I hope it can get even bigger. We have more teams than the World Cup! It is important for us to have the girls participating. I think it increases the possibility of having more people want to participate.

"What makes me really excited is that each edition brings more players from more countries so I’m glad to know that everyone wants to participate, and I feel happy to be part of it, this is what excites me the most.”

To find out about the qualifiers in your region and the pathway to playing alongside Neymar Jr go to www.neymarjrsfive.com and sign up your five-a-side team.