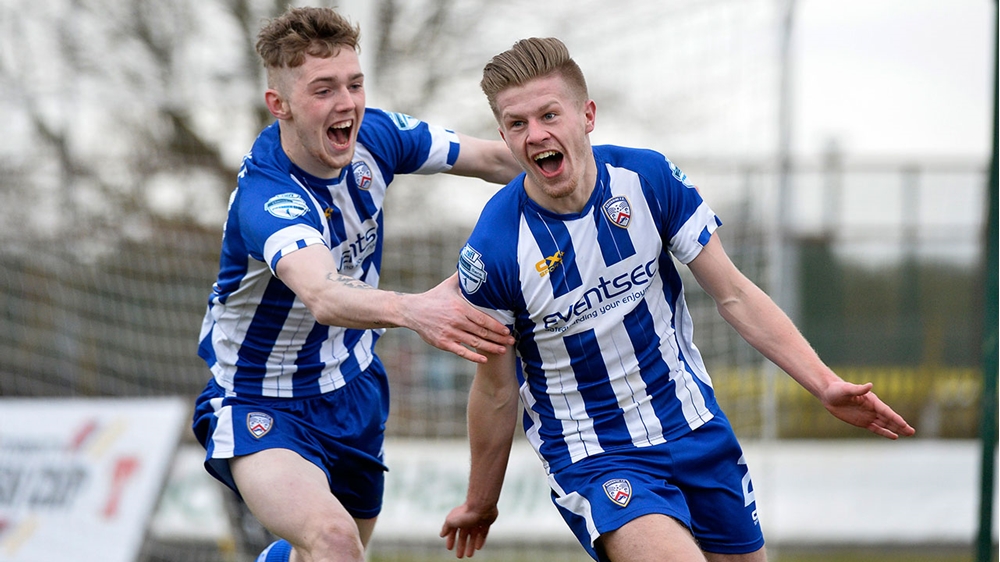 Coleraine defender Lyndon Kane says it's a dream come true as his side beat Larne 3-1 to reach a second Tennent's Irish Cup Final in a row.

Kane, who is a Coleraine FC fan, scored the opener in the second half with further goals from Gareth McConaghie and Josh Carson either side of a Davy McDaid equaliser for the Championship side.

The defender hit an effort from 25 yards which found the back of the net and was surprised to see it go in, he said: "As a boyhood Coleraine fan it was a dream come true.

"That's only my second Coleraine goal. I can't remember hitting it, I don't even know how it happened and I'll be glad to watch the highlights later.

"This group deserves a trophy and hopefully this year is a year. Fingers crossed it's our year."

To hear from Lyndon Kane and to see the goals, watch the video above.