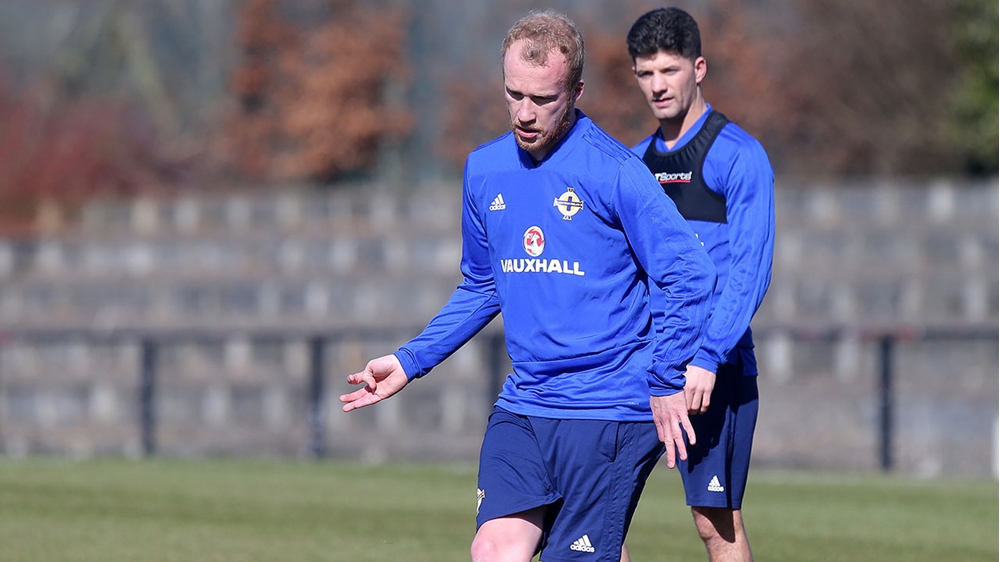 Striker Liam Boyce is back and ready to begin the year with a win as Northern Ireland face Korea Republic.

It's the first time Boyce has been part of the squad since June after suffering an ACL injury in pre season just after signing for Championship side Burton Albion.

The last time he was part of the squad, Boyce scored his first Northern Ireland goal when he started in a friendly match against New Zealand last May and subsequently started the FIFA World Cup qualifier against Azerbaijan a few days later.

However, he is now back and shared the aims of the squad for 2018: "It was disappointing to get injured. It's great to be back and hopefully can build on those two games last year.

"We just want to win every game. When I was younger and Northern Ireland were playing, fans weren't that optimistic and it was good to win a game. Now we are on a good run, we go into games believing we can win every game."

To hear his thoughts on Korea Republic and about the squad evolving with new players, watch the video above.