Belgians prove too strong for Murphy’s boys in Brussels 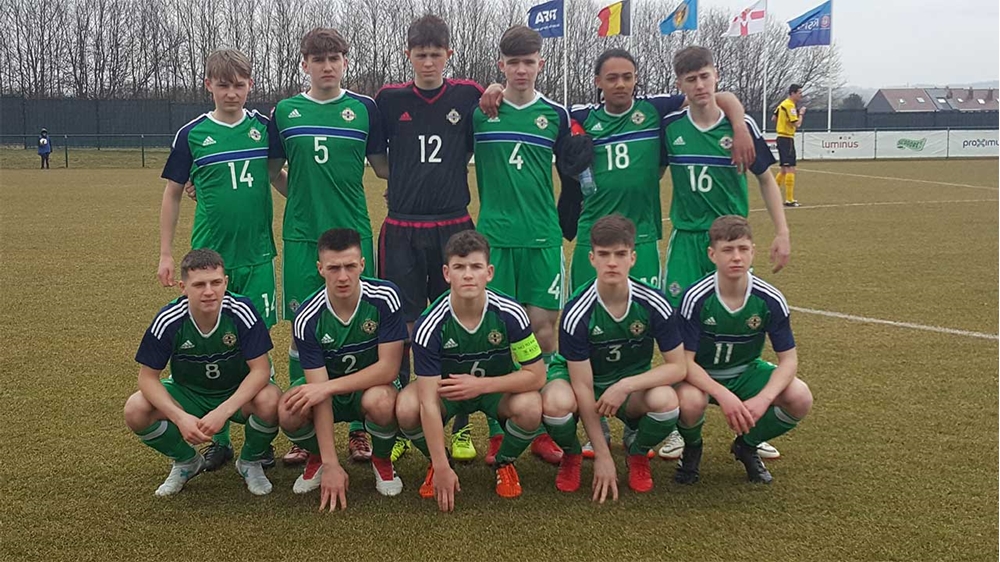 The outgoing JD Club NI Under-16 side were outgunned in their second and final match against Belgium’s U16s.

The Belgians, who defeated the boys in green 3-0 two days ago, proved too strong for Darren Murphy’s side again earlier today and ran out 4-0 winners.

Belgium have a huge pool of players to choose from – and this was reflected in the fact they were able to field a brand new starting 11 in the international friendly match staged at the Belgian FA National Training Centre in Brussels.

As in the first game, however, JD Club NI suffered an early setback when Leliendal Yannick scored for the Belgians with just over a minute on the clock. The boys in green then knuckled down to play some decent football.

Micheal Glynn had an excellent game in the midfield berth for JD Club NI and he continued to drive his team-mates forward.

After the break the Northern Ireland boys enjoyed some decent possession and tried hard to put the hosts under pressure.

However, in the 65th minute, Taylor was called upon to make another fine save before the Belgians sealed victory on 75 minutes through an Ait El Hadj Anouar effort.

“It was another great performance from the boys, but it was simply not their day. Belgium are an extremely strong team and we competed well against them for long spells,” said Darren Murphy afterwards.