Kirsty McGuinness on the scoresheet in 3-1 defeat to Ukraine 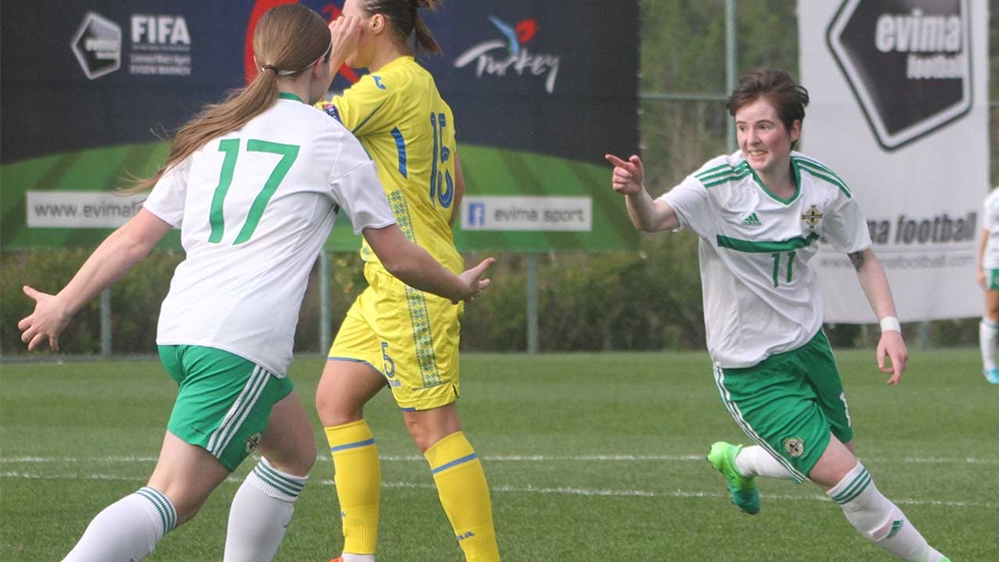 Kirsty McGuinness made it two goals in three appearances at the tournament as she brought the score back to 2-1 before Ukraine added a third to their tally.

Coming into the game, Alfie Wylie's side had been undefeated with a win against Kazakhstan and a draw against Romania.

The first half saw the teams go in level at 0-0 but soon after the restart Ukraine took the lead with a back post header saved by keeper Jackie Burns before the follow up was tapped in.

There was nothing Burns could do to stop Ukraine doubling their lead with a curling effort from outside the area finding the top corner after 57 minutes.

McGuinness then got on the scoresheet as she started and finished the move to pull the deficit back to one. Her pass found Megan Bell on the right side of midfield who crossed for Emily Wilson but Ukraine could only clear as far as McGuinness whose precise finish made it 2-1.