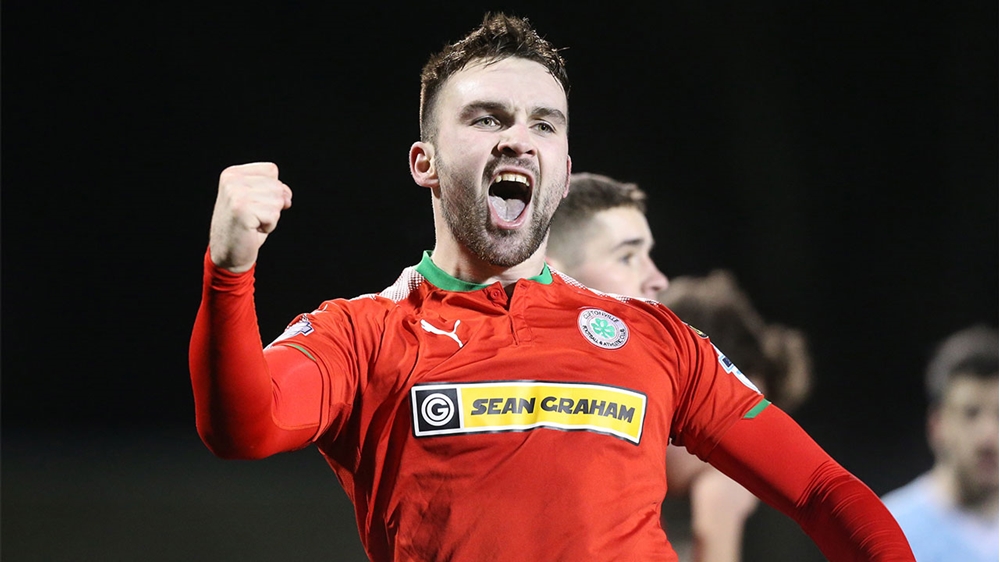 When Cliftonville and Crusaders were pulled out of the hat together in the draw for the sixth round of the Tennent's Irish Cup you could have been forgiven for thinking there would have been a sense of dread and foreboding within the Solitude camp.

After all, the Crues seem to have had something of an Indian sign over the Reds for the past few years.

A quick perusal of the stats shows that Cliftonville's last win over their north Belfast neighbours was back in October 2014 when a Joe Gormley goal proved to be the difference between the sides.

Since then Crusaders have won 13 out of their 14 meetings with only a Boxing Day draw in 2015 offering Cliftonville any sort of respite.

However, despite this poor run, Reds skipper Chris Curran is very much relishing the opportunity to face their great foes in the cup.

"Crusaders are obviously going well at the minute but it's a great opportunity for us away from the league. On one-off occasions like this it's all about what happens on the day."

It's been something of an interesting month for Cliftonville. There have been the high scoring games with Warrenpoint Town and Ballinamallard United, the draws with Glenavon and a resounding victory over League Cup finalists Dungannon Swifts.

But Curran insists that they aren't looking any further ahead than the next 90 minutes.

He pointed out: "Consistency has been a little bit absent lately but we are just taking each game on its own merit. For example, whilst we were disappointed with the outcome at Ballinamallard we were more solid against Glenavon on Monday night.

"And now we're concentrating on Crusaders. The mood in the camp is very good, and we know anything can happen on the day. Form will count for nothing. I'm looking forward to a full-blooded game."

The rest of the draw has thrown up some equally tantalising ties.

Much attention will be focused on the Coleraine Showgrounds as Oran Kearney's high-flying Bannsiders welcome Paddy McLaughlin's Institute in a North-West derby.

'Stute have had a challenging season off the pitch with the flood damage to their own Riverside Stadium necessitating playing either at Wilton Park or sharing with Limavady United, yet they find themselves a healthy nine points clear at the top of the Championship.

But will Coleraine be a step too far? Kearney's charges are having a fantastic season, sitting second in the Premiership on goal difference and very much hoping to land some big silverware come the end of the campaign.

Of course, the sides have met already this season in the North-West Cup final back in October when 'Stute ran out 3-1 winners on the Ballycastle Road but you can be sure all that will count for nothing come 3pm on Saturday afternoon.

Elsewhere, holders Linfield continue their defence of the trophy at home to Newry City, a side with designs on promotion to the top flight, while Dungannon Swifts - buoyant on the back of reaching the League Cup final - will be looking to continue their good form when they travel to Mourneview Park to face 2016 winners Glenavon.