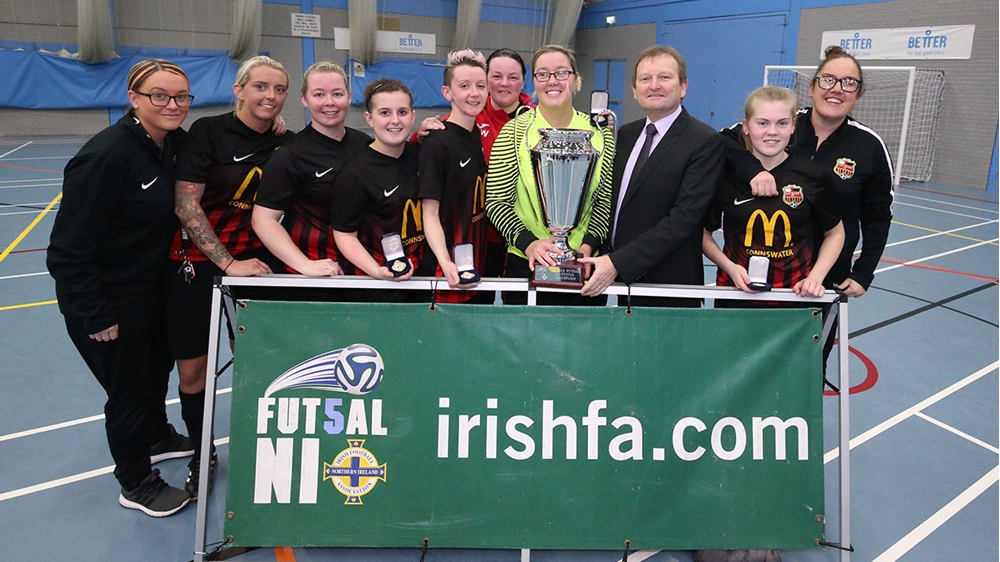 Linfield Ladies, reigning Premiership champions in the 11-a-side game, looked to be cruising to victory in the decider after going four up.

But East Belfast had other ideas and secured the trophy by scoring four without reply in the second half and then the winner in extra time.

The first half of the final - it was staged at Shankill Leisure Centre - was action packed. East Belfast had chances but were not clinical enough in front of goal. The Blues, on the other hand, were on fire. And goals from Sarah Venney, Louise McDaniel, Abbie Magee and Megan Bell appeared to put them in the driving seat.

East Belfast, however, found their range in the second half, with goals from Ally Lowey, Shelly Stothers and Leanne Watters (two) forcing the match into extra time.

There was nothing between the sides in the extra period and the action was end to end.

Stacey Bryce grabbed the all-important goal for East Belfast to put them 5-4 up.

Linfield battled to the end and Megan Bell hit the crossbar with a crisp strike, but it wasn’t enough and East Belfast Ladies secured a famous win.

The trophy and medals were presented by Irish FA President David Martin, who congratulated the finalists and thanked all the teams who participated in the competition. More than 200 players and 23 teams in three regions across Northern Ireland took part this year.

The competition was organised by Jackie Blyth of the Irish FA Foundation. 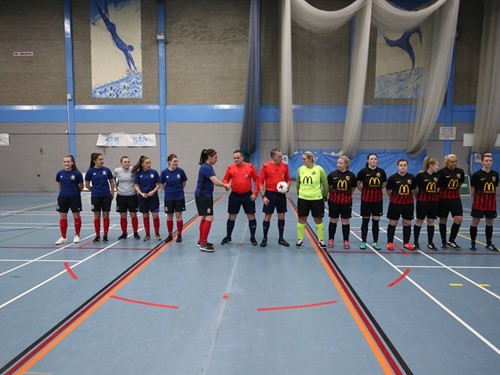 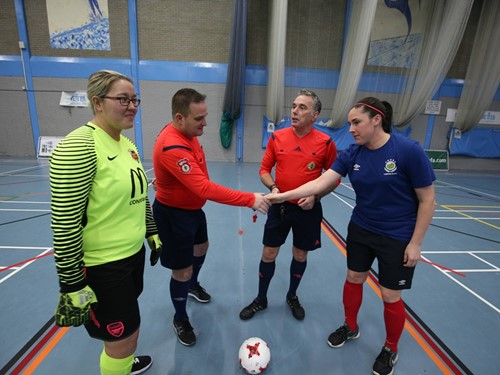 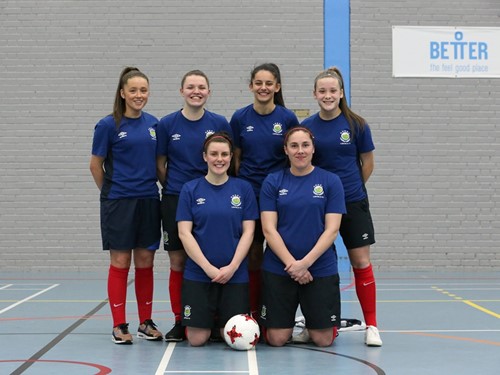 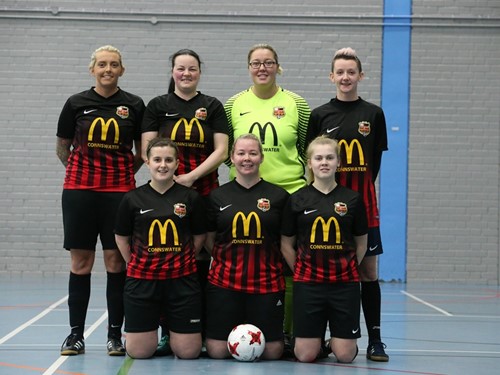 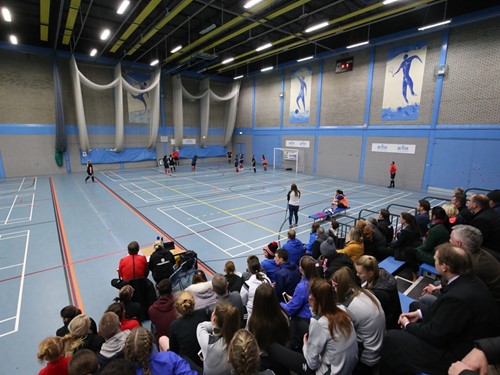 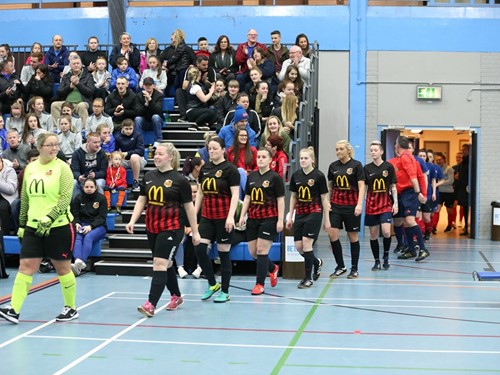 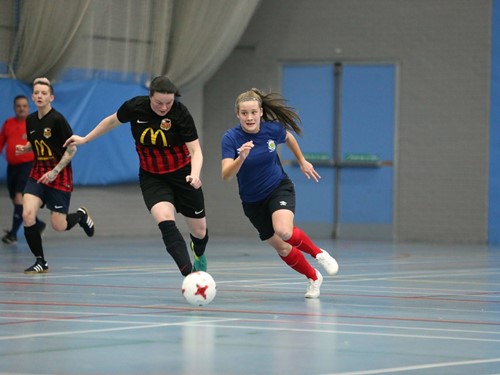 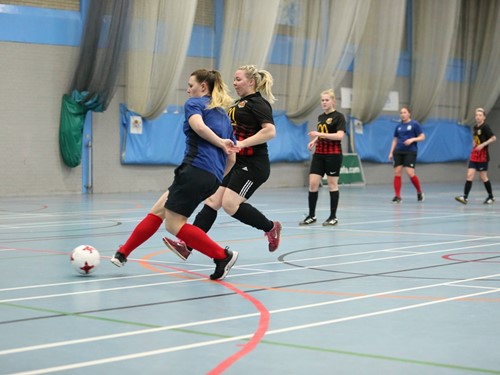 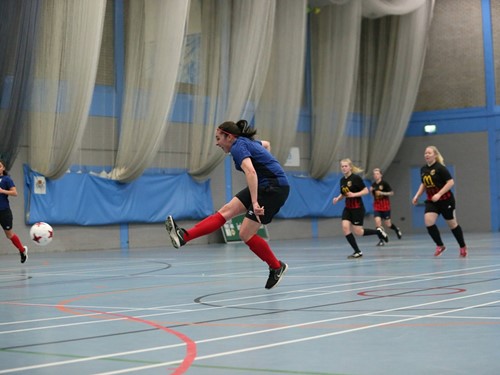 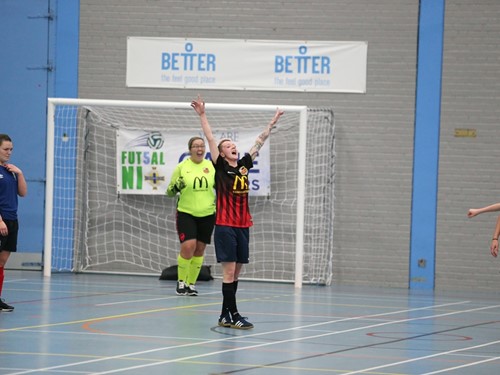 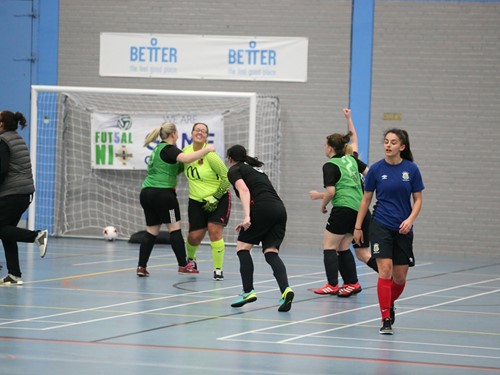 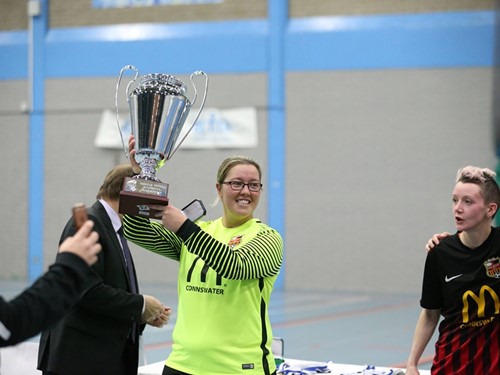 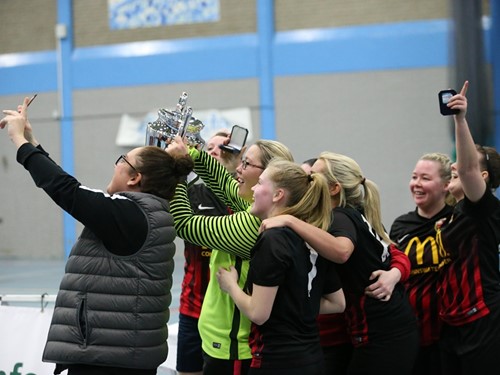 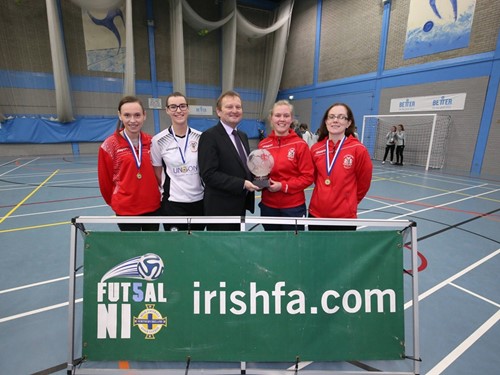 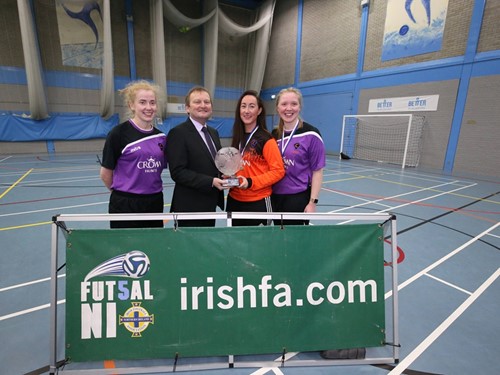 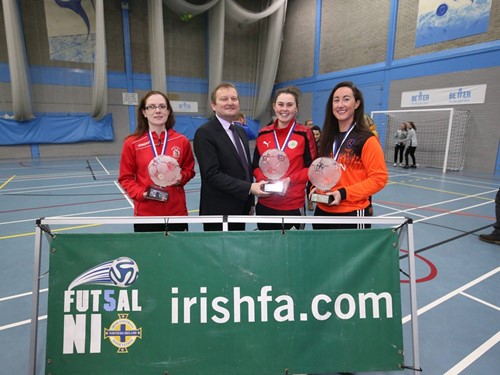