Boyce, Magennis, McGinn and Grigg all on the scoresheet 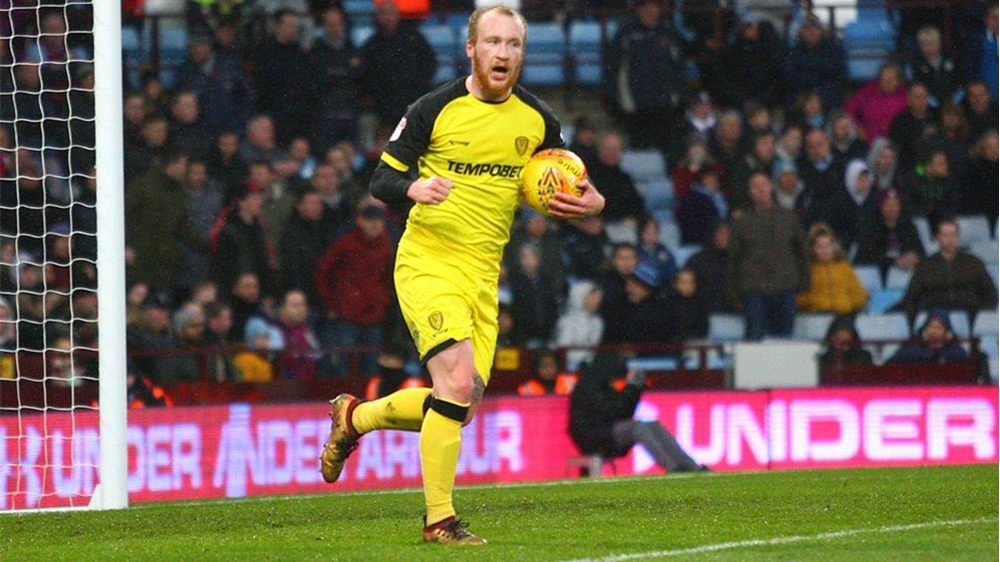 Burton Albion striker Liam Boyce marked his debut for the club in style by scoring in the 3-2 defeat at high-flying Aston Villa at the weekend.

The 26-year-old, who was introduced to the fray at Villa Park as a 72nd minute substitute, had been sidelined for the last six months with a cruciate ligament injury and he admitted the whole experience on Saturday was somewhat strange.

In an interview with the Burton Mail, Boyce said: "It was actually a bit surreal being on the pitch again because I haven’t felt it in so long.

"There were a couple of times I could’ve held it up better, but obviously I’m just getting used to the pace again after being out for so long."

The former Werder Bremen and Cliftonville player claimed his first goal for the club when he found the net in the 92nd minute after nipping in front of a defender to clip the ball over the advancing keeper to make it a nervy finish for the home side.

"I always try to gamble," added Boyce, "I got it drilled into me from my Ross County days where we had two strikers as manager and assistant.

"They were always saying 'always make a run, you never know what’ll happen’.

"Thankfully today it has paid off, and I was just in the right place at the right time."

Also on the scoresheet was Aberdeen winger Niall McGinn who has continued his excellent form since his return from South Korea by bagging his second goal in three games and also providing an assist as the Dons put three past Hamilton without reply at Pittodrie.

His manager, Derek McInnes, admits he has been delighted by the 30-year-old’s performances since he re-signed for the club in December.

“Niall certainly looks in a good place at the moment,” declared McInnes. "He can be the difference for us in tight games with his quality from open play and set pieces, as well as his goal threat."

In League One Josh Magennis ended his 14-match goal drought by finding the net in Charlton Athletic’s 3-2 home defeat to Oxford United while Will Grigg scored his 50th goal for Wigan Athletic who maintained their lead at the top of the table with a 2-0 win at home to Gillingham.

Striker Caolan Lavery, who joined Rotherham United on loan from Sheffield United until the end of the season last week, made his debut as a substitute in the Millers' 2-0 victory at home to AFC Wimbledon.

Elsewhere in the division Oldham Athletic boss Richie Wellens was full of praise for under-21 defender Cameron Dummigan who hit a spectacular 25-yard drive to help the Latics to a 2-1 home success over Bradford City.

"That will be my goal of the season," admitted Wellens. "There have been some good passing goals but in the circumstances we needed someone to do something in a moment of crisis and he produced an unbelievable strike.

"He’s got it in his locker and I love Cammy to bits. He’s got good potential to take his game to the next level.

"He’s got everything as a defender. He’s quick, his delivery is good when he concentrates and he can take his man on in the final third and he was one of five or six who were outstanding today."

Meanwhile, in League Two, under-19 international midfielder Mark McKee scored his first senior goal and weighed in with an assist for Stevenage, who went down 3-2 at Accrington Stanley for whom the prolific Billy Kee scored his 18th of the season.

There was excellent news for international manager Michael O’Neill as central defender Luke McCullough played his first game of the season for Doncaster Rovers, who drew 2-2 at Portsmouth on Saturday.

McCullough, who was in O’Neill’s EURO 2016 squad in France, has struggled with knee injuries for the past 18 months and his boss Darren Ferguson was naturally delighted about his return to full fitness.

He said: "It’s fantastic to see Luke return because he’s been out for so long. Luke is a very good player and it is like having a new signing for us.”