In the spotlight: Oisin Gallagher 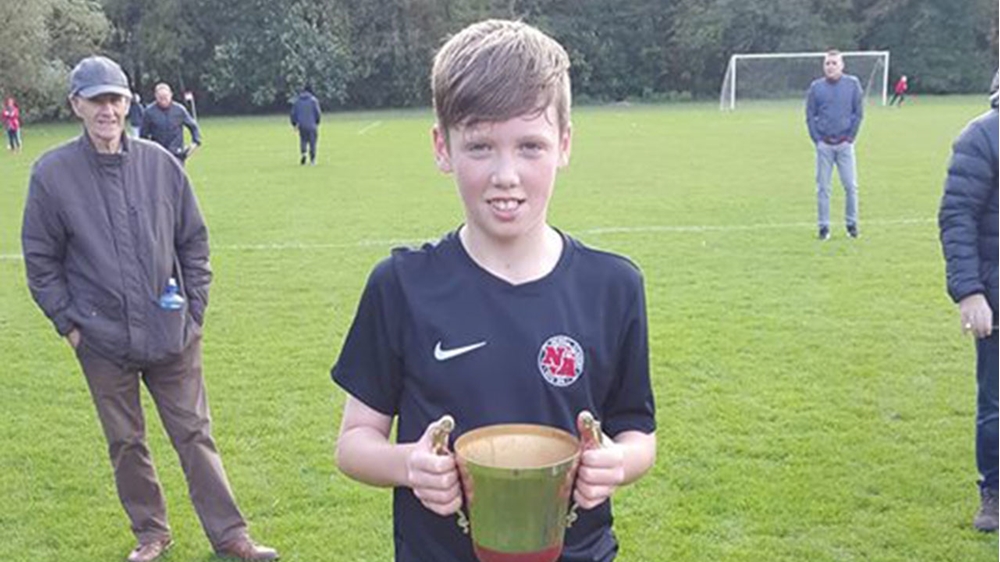 Which club do you play for? Newell Academy in Derry.

Favourite player/s – who inspires you? Kieran Tierney (Celtic), Steven Gerrard (Liverpool) and James McClean (West Bromwich Albion and ex-Derry City)as he is from my city and for his desire to succeed in football.

What’s the best goal you have scored? I scored a long range effort in a game against Limavady United last year which was probably my favourite one.

Do you play/like any other sports apart from football? Hurling, Gaelic football, swimming, athletics. I was the Ulster triathlon champion at primary school and I also made the Northern Ireland Athletics squad for cross-country.

What’s the best team you have played against? Real Madrid, who we played during the Madrid Cup last September, or Borussia Dortmund.

What’s the best stadium you have visited? Celtic Park or the Allianz Arena (home of Bayern Munich) in Germany.

Most difficult opponent – who is the best player you have come up against? Sergey Pinaev of Chertanovo Moscow.