Northern Ireland to play Republic of Ireland in November friendly 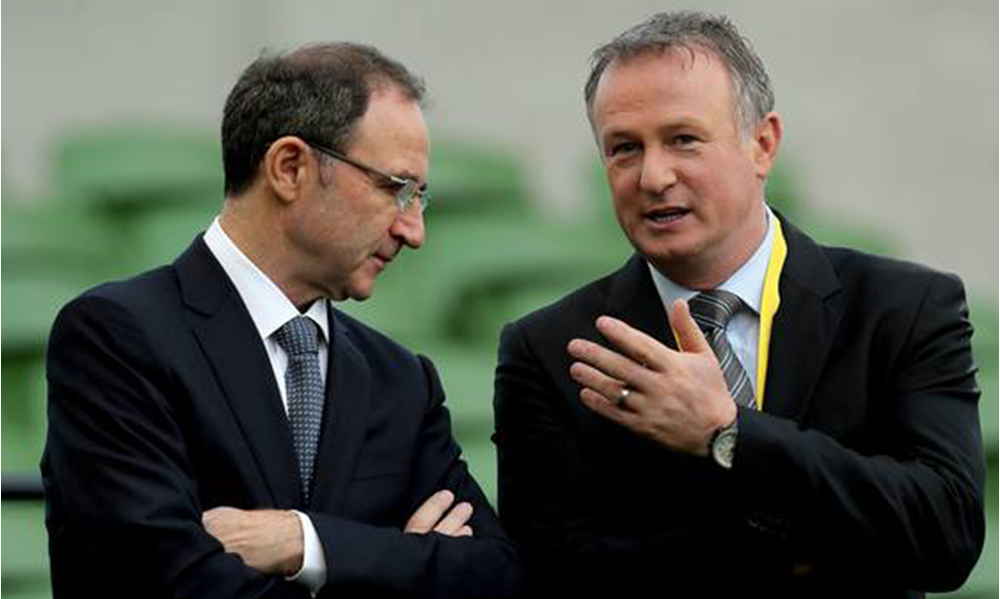 Northern Ireland will play the Republic of Ireland in a friendly match at the Aviva Stadium in Dublin on Thursday 15 November (kick-off 19:45).

The match falls on a UEFA Nations League game day, but with neither country having a competitive fixture on that date, the friendly will be used instead by both teams to prepare for the final round of Group B matches played the following weekend.

Northern Ireland host Austria at the National Football Stadium at Windsor Park on Sunday 18 November, while the Republic of Ireland travel to Denmark on 19 November.

Northern Ireland Manager Michael O’Neill said: “UEFA have made it mandatory that we play a friendly on that date and when we looked at the options across Europe, travelling to Dublin to play the Republic of Ireland made a lot of sense.

"It means that we can stay on the island for the week, train in our usual environment and play a game that will be a good test for us ahead of the Austria match.

“Both countries qualified for UEFA EURO 2016 and both narrowly missed out on qualification for Russia, so it will be an evenly matched and hard-fought contest.

"From a personal point of view I am looking forward to managing a team against Martin, a manager who I hugely respect and admire.

“Qualification for UEFA EURO 2020 is our number one priority now and with the UEFA Nations League a potential route to the tournament, this game means that we will be as prepared as possible for the Austria match.”

Ticket details for the game will be released later in the year.