Turks prove too strong for girls in green 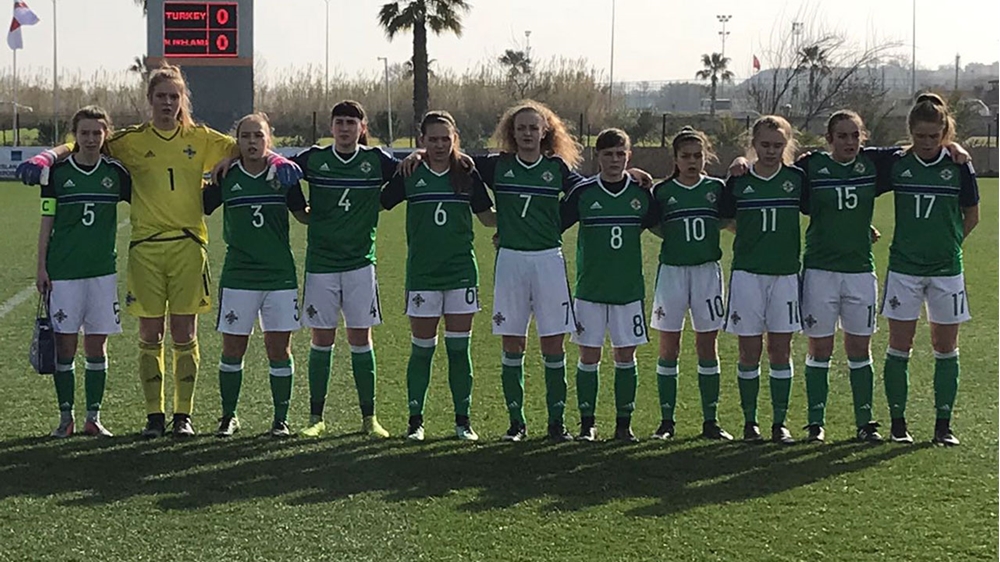 The results didn't go in their favour but manager Noel Mitchell was happy to see new faces introduced into the international set-up.

In the opening game Northern Ireland started the better with Breckyn Monteith, who plays her football for Charlotte Academy in America, testing the Turkish goalkeeper.

They went behind after 14 minutes and were 2-0 down at half-time, and two further goals followed to ensure a 4-0 defeat in the opening game.

In the second match two goals in two second half minutes sealed the fate of the U17s after they had battled well to keep themselves in touch at 1-0.

Mitchell said afterwards: "In the first match we stayed together as a squad despite the scoreline and I was happy with that. We made improvements in the second game and I thought we deserved more from it.

"This is a new squad and I feel this will help us continue to prepare for the qualifying rounds of the Under-17 European Championships in Greece in October."