Steven Davis says O’Neill decision to stay on is ‘massive’ 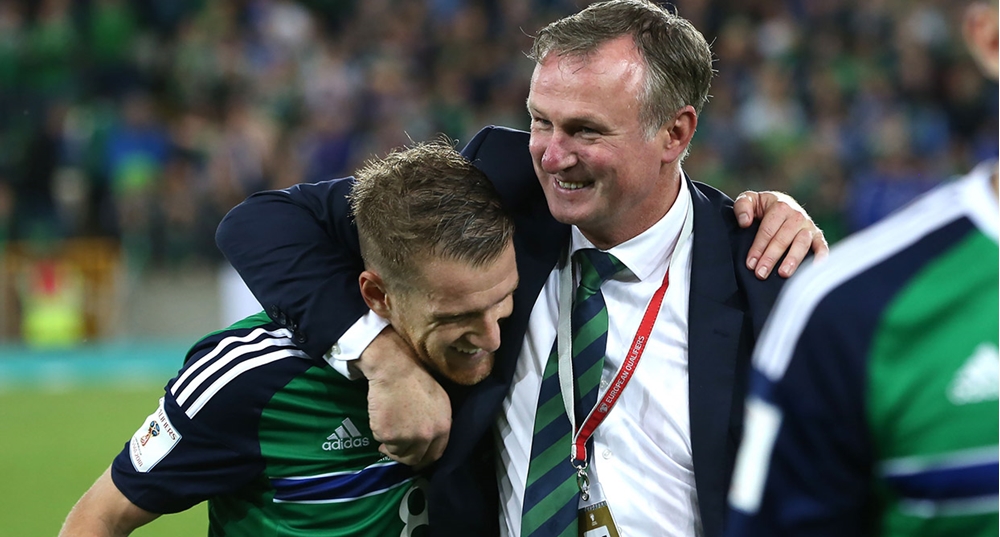 The Northern Ireland captain said he is “delighted” his international boss has agreed a four-year contract extension with the Irish Football Association.

He pointed out: “He has brought us so far over the last few years, and we want to keep building that momentum.

“Michael set us on the right track so that we believe in what we are doing. He has brought a lot of positivity around the place and that’s a huge factor for players.”

The skipper said the Northern Ireland manager is “very professional” in the way he goes about his work.

“He knows what he wants and we know exactly what is expected of us. His meticulous preparation and attention to detail gave us the opportunity to get to a major finals. We all enjoy working with him and the other members of the backroom team,” said the Southampton midfielder.

And he added: “We are enjoying good times and we really want to keep that going. Hopefully Michael’s decision (to extend his stay with his country) will convince some of the lads who had thought about retiring to now stay on.”