Striker nets third in four games for The Addicks 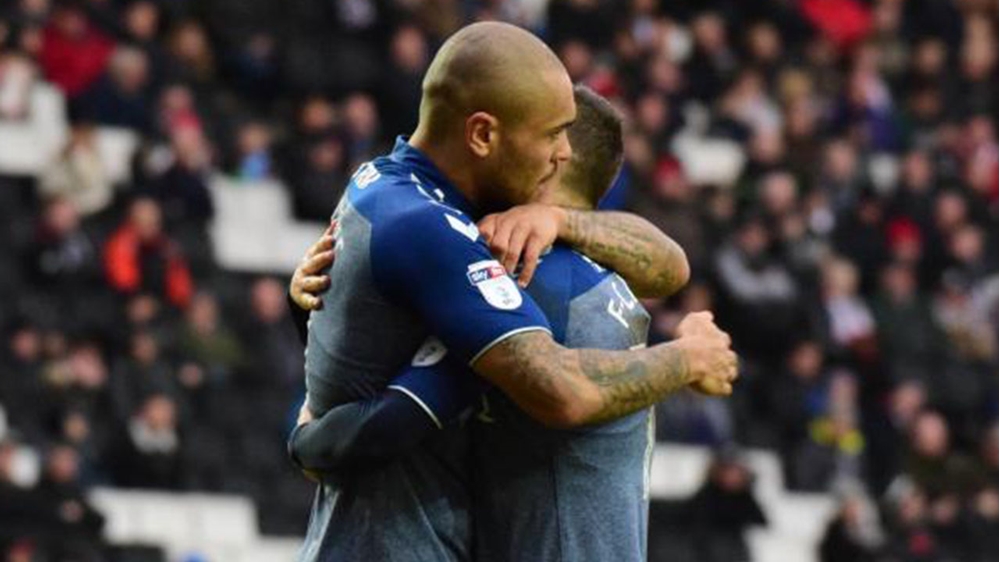 Striker Josh Magennis secured Charlton Athletic’s first win in four games when he headed home his eighth goal of the campaign to give his side a 2-1 win at League One strugglers MK Dons on Saturday.

After a spell of 14 games without finding the net, the former Cardiff City and Kilmarnock forward has managed three in his last four appearances and he admitted he was relieved to be finally hitting the target again.

“Obviously for a striker it’s massive to score goals,” said Magennis, who also has three for Northern Ireland to his credit this term. “At the start of the season that happened, then we were winning and I wasn’t getting on the scoresheet.

“However I then went on a dip where we weren’t winning and I wasn’t scoring and it was getting hard.

“A striker is there to score goals but I know my place in this team and what the gaffer expects of me.

“Of course, he expects me to score goals but he expects me to do a multitude of other stuff too,” he added. “When you don’t score for the amount of time that I didn’t, you’re going to have people asking questions. You just have to take it on the chin.”

Northern Ireland manager Michael O’Neill will also be delighted that Magennis’ international strike partner Kyle Lafferty is also going through a bit of a purple patch after the Fermanagh man scored his fourth in as many games following Hearts' 1-1 draw at Ross County.

Meanwhile, in League Two Lisburn-born Ben Kennedy was among the scorers as Stevenage put four past Yeovil Town, while Billy Kee kept Accrington Stanley’s promotion push on course when he notched up his 20th of the season to earn his side a point at basement outfit Barnet

In the Championship former Linfield player Paul Smyth made his first appearance for QPR since 6 January - he had been suffering from a thigh injury - when he came on as a second half substitute to set up the Hoops' second goal in the 2-0 home success over Bolton Wanderers.

After a man-of-the-match performance on his debut for Notts County in midweek Enniskillen-born defender Ben Hall maintained his place in the starting line-up as the Magpies played out a scoreless draw at Newport County.

In the FA Cup, West Brom boss Alan Pardew handed the captain’s armband to 38-year-old Gareth McAuley for the visit of fellow Premiership outfit Southampton to the Hawthorns.

With midfielder Chris Brunt on the bench and Jonny Evans playing in an unaccustomed left back role, the Baggies' difficult season continued as they fell to a 2-1 home defeat.

Unfortunately missing from the victorious Saints side was Northern Ireland skipper Steven Davis who picked up a training ground injury late last week.

Elsewhere in the competition former under-21 midfielder Callum Camps can look forward to a replay with Spurs at Wembley following Rochdale’s extraordinary injury time equaliser in yesterday’s televised fifth round tie at Spotland.

Sheffield United defender Daniel Lafferty made a welcome appearance for the Blades in their single goal loss at Leicester City, while the FA Cup’s top scorer this season, Will Grigg, will be looking to add to his tally when Wigan entertain Premier League leaders Manchester City this evening.