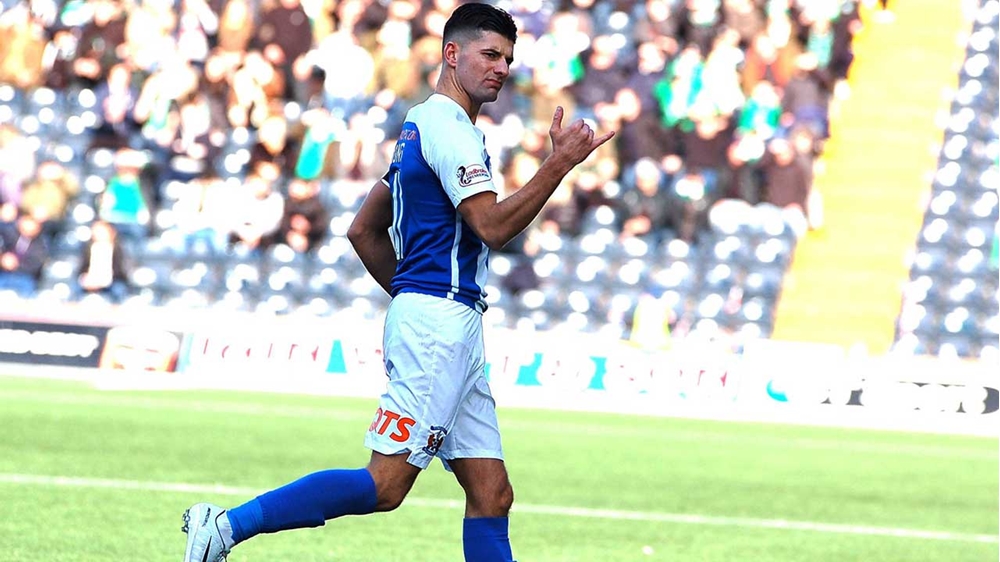 Winger Jordan Jones scored his fourth of the season as he helped Kilmarnock come back from a two-goal deficit to force a 2-2 draw at home to Neil Lennon’s Hibs.

The 23-year-old, who sweetly curled the ball into the top corner just before the hour mark, hailed the team’s character to come from two down to earn a point.

He said: “It was a sloppy first 15 minutes but the lads have got unbelievable character and we showed it again.

“I hit a strike like that the last time we played against Hibs here and he (goalkeeper Ofir Marciano) kept it out so I was pleased this one went in.”

Elsewhere Sunderland midfielder Paddy McNair faces an anxious wait to determine the severity of his latest injury after being subbed just before half-time in the Black Cats' 3-3 draw at home to Middlesbrough at the weekend.

The 22-year-old, whose season has been blighted by injury, suffered a recurrence of a groin strain just three minutes before the break on Saturday and Sunderland boss Chris Coleman is praying that the Ballyclare man is not set for another lengthy spell on the sidelines.

“Unfortunately Paddy came off with a groin injury,” said Coleman. “We look a good team with Paddy in midfield because the physicality of the team changes.

“In the second half we looked quite small and that in the Championship is not a good position to be in, but with Paddy in midfield we have got presence and we have got legs, we look a different outfit.

The former Aston Villa trainee was also involved in two of his side’s other goals as the struggling Shrimps recorded a stunning 4-2 victory over third-placed Wanderers.

Also on target was former under-19 international Lewis Collins who scored the only goal of the game just 19 minutes into his debut with North Ferriby United against Bradford Park Avenue.

Meanwhile in the Championship former Linfield forward Paul Smyth was included in the QPR starting line-up for the first time since January, unfortunately though the Hoops lost 5-2 at home to a rampant Nottingham Forest side.

Derby County defender Chris Baird was dismissed in a club game for the first time in 11 years after he was red-carded in the dying minutes of the Rams' thrilling 3-3 draw at Reading.

Northern Ireland skipper Steven Davis was again missing from the Southampton line-up through injury but the good news for Michael O’Neill is that defender Craig Cathcart is back in training and should be in contention for a first team place at Watford within the next couple of weeks.

Finally, after 10 months out with a fractured skull and eye socket, Enniskillen-born Andy Little returned to first team duty with Scottish League Two side Stirling Albion who defeated Clyde 2-1 at the weekend.

After the game the ex-international, who won nine full caps for Northern Ireland, tweeted his thanks to everyone for their support during his long absence.

He said: "Ten frustrating months but finally back playing football yesterday! Thank you to the manager, the board, fans, medical staff & all the lads at @Stirling_Albion. It seems rare to have that sort of decency, loyalty & support in football these days. Five wins in a row - flying!"