Storey and Bradley on target as boys in green shine 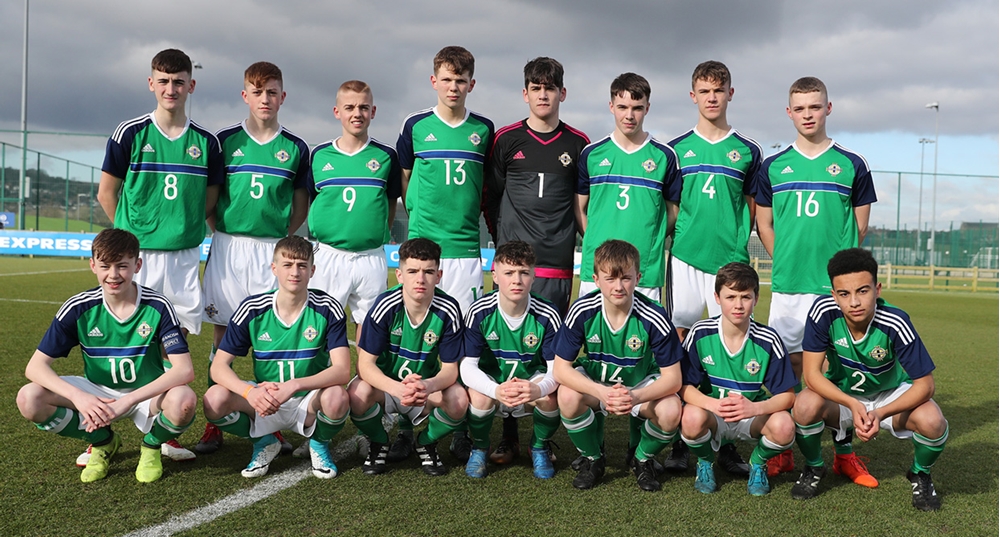 A JD Club NI team produced a gritty, energetic and skilful performance on England’s South Coast this afternoon to secure a deserved draw against a Premier League Academy side.

A squad made up of 2003 and 2004 players from the Irish Football Association’s elite development programme took on Brighton and Hove Albion’s Under-16s at the American Express Elite Football Performance Centre in Lancing.

Despite coming up against players who were two years older than them - Brighton had a few U17s in their ranks - the JD Club NI boys went toe to toe with their hosts and produced an excellent display.

Across three 30-minute periods they carved out several decent chances and deservedly came away with a 2-2 draw thanks to goals from Kian Storey and Connor Bradley.

Club NI, coached by Declan Devine, had to wait until the 10th minute for their first opportunity when Sean McAllister’s shot was deflected wide for a corner.

Brighton took the lead on 16 minutes from a set-piece. The Seagulls fired in a corner and Byrne superbly palmed away a strong header from a Brighton defender but could do little as the loose ball was poked home from close range.

The boys in green’s best chance of the first period saw the lively Ross McCausland smash the ball towards goal from 15 yards only for the Brighton keeper to push it away. The rebound fell at McCausland’s feet a few yards out but the striker lashed the ball over the bar as defenders closed in.

In blustery conditions the Club NI boys had most of the possession in the second period, and they played neat and tidy football, however Byrne produced a fine stop from the Seagulls' playmaker before they levelled things up.

On 50 minutes Bradley produced a great effort which the Brighton keeper did well to keep out but substitute Storey was on hand to pick up the loose ball and neatly tuck the ball into the bottom corner.

Eight minutes later the hosts regained the lead when one of their subs, a tricky winger, latched on to the ball from a set-piece clearance and drilled it past Byrne.

In the 75th minute Byrne produced an outstanding double save to keep his team within touching distance of the academy outfit.

And it proved to be crucial as 10 minutes later Club NI were level. McCausland, who had minutes earlier failed to connect with a neat Bradley cross when well placed, slipped a lovely ball into the path of the advancing Bradley and he steadied himself before blasting it into the net from 10 yards.

It was an excellent finish and proved to be the last meaningful action of the game although Brighton did have a chance at the death which went narrowly wide.

Afterwards Declan Devine was, not surprisingly, cock-a-hoop at his side’s performance.

He said: “I thought each and every one of them did superbly. We played some great football and the boys gave it their all. You’ve got to remember some of our boys are under-14s, while they had some under-17s out there.”

You can see a selection of images from the match in the gallery below. 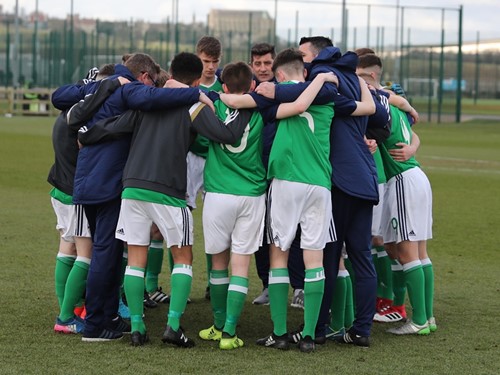 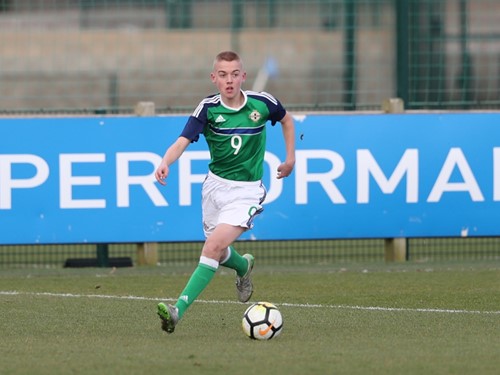 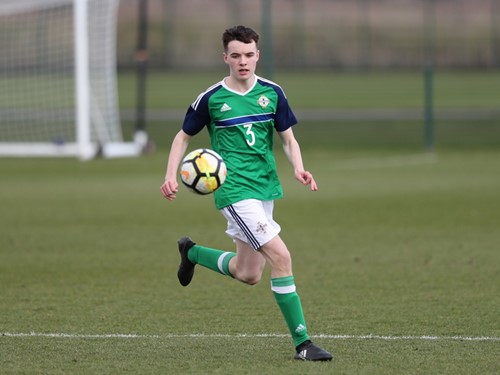 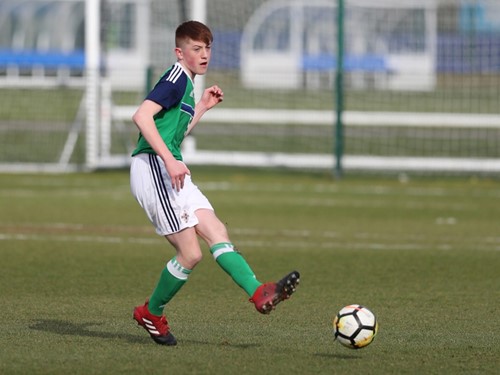 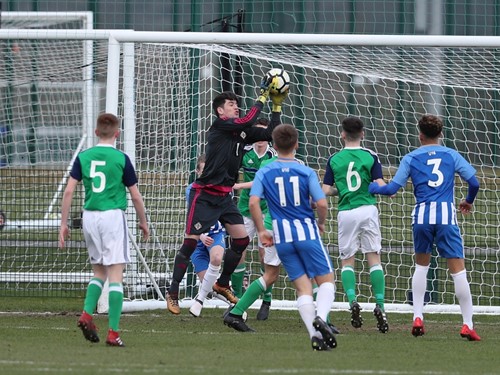 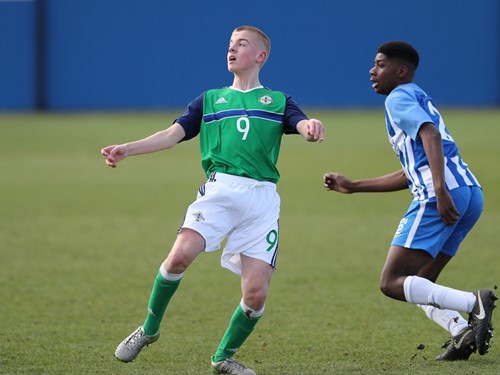 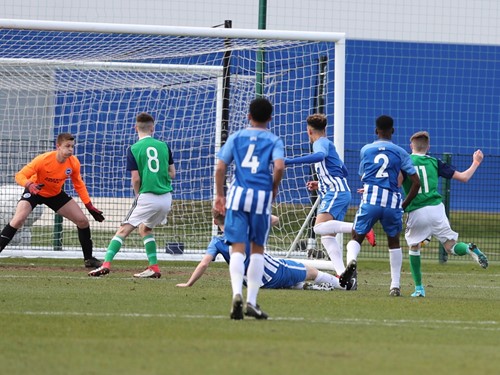 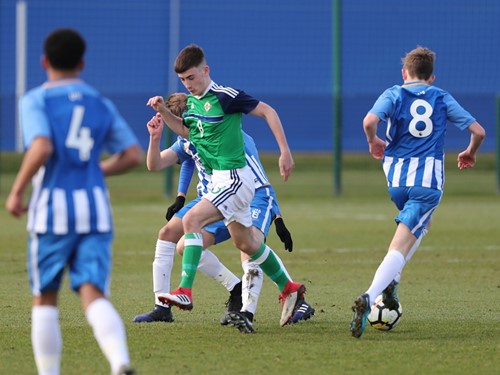 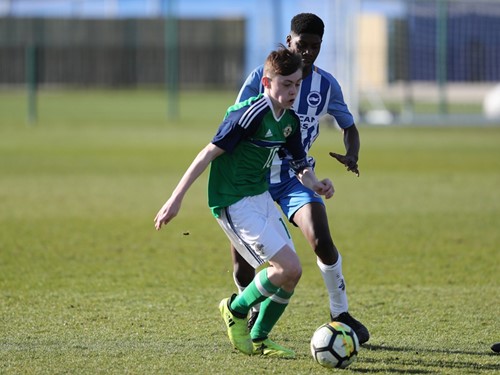 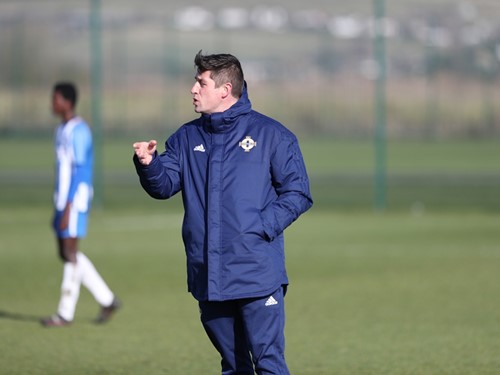 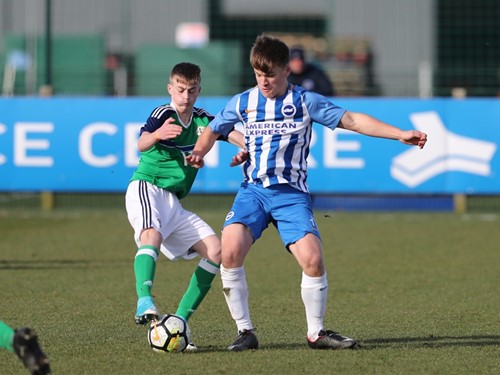 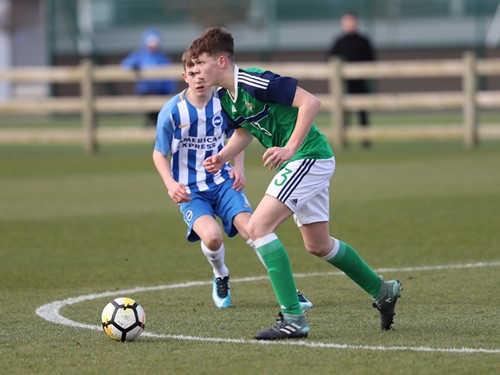 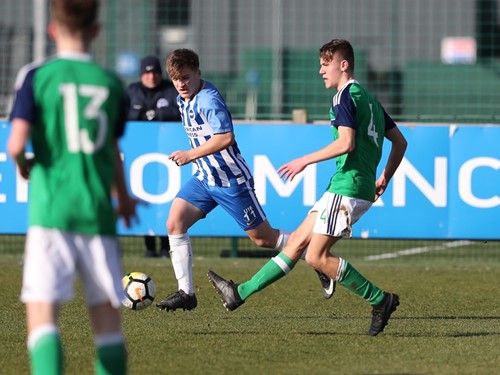 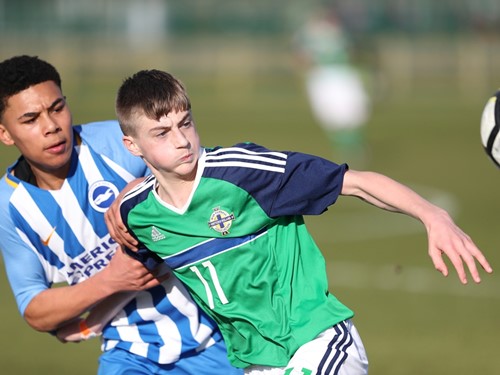 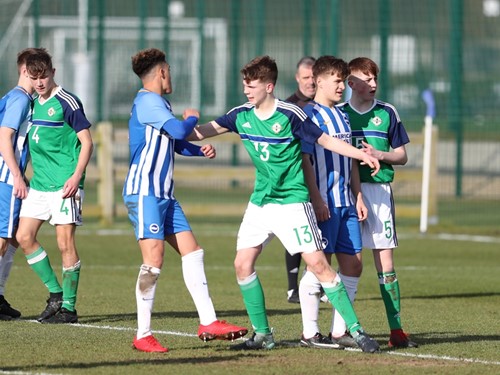 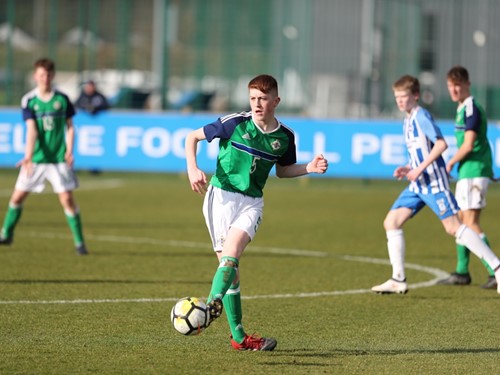 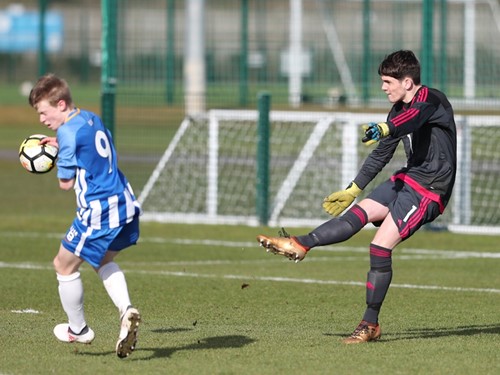