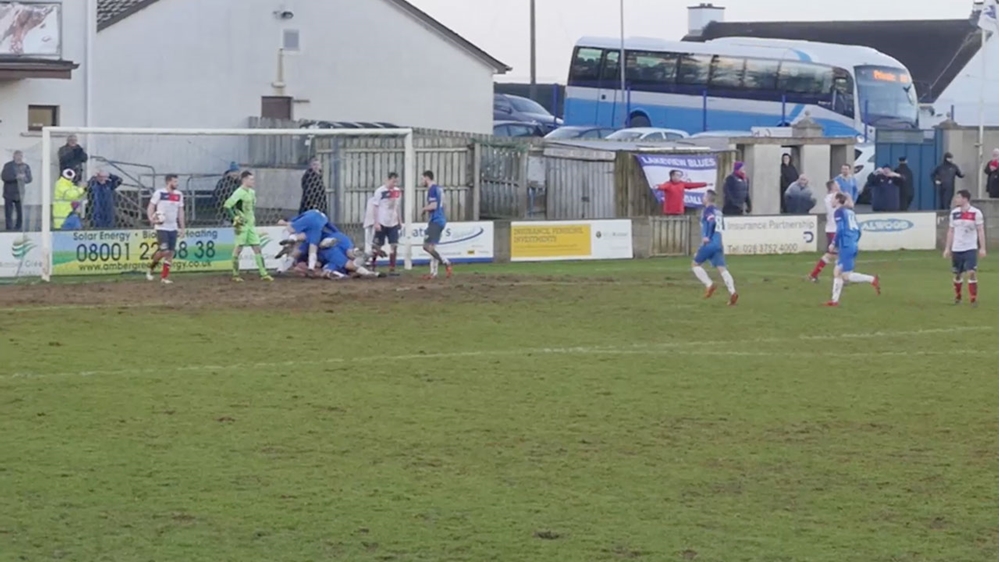 Loughgall will now face Glenavon in the Tennent's Irish Cup quarter-finals after a 2-1 victory over Ards at Lakeview Park.

After going behind with just 43 seconds on the clock, you'd have thought it would have been Ards' day. However, their former striker Gary Liggett equalised from the spot.

It went from bad to worse in the second half as Ards eventually finished the game with eight men. It wasn't an easy win for the NIFL Championship side but they eventually beat their Premiership opposition in the 93rd minute through Ricky Copeland.

Speaking after the match, manager Dean Smith said: "We're delighted. They lost men through the sendings off but we're through to the next round.

"For the players I'm delighted as they are a good bunch of lads and they deserved today."

To hear more from Smith, match winner Ricky Copeland and to view the goals watch the video above.